Although no-fault PIP benefits provide some compensation if you suffer a car accident injury, they will often be insufficient to fully compensate you for your losses. Many times, filing a car accident lawsuit — known as an “auto negligence claim” or “liability claim” — against the at-fault driver is the only way you can be fully compensated for your injuries. This is especially the reality for injured people following the recent no-fault insurance reforms of 2019. 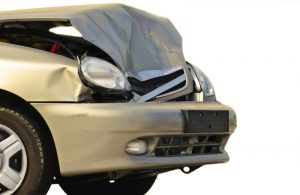 When you hire a car accident lawyer to bring an auto negligence claim against the at-fault driver, you can only ask for two types of damages for your car accident injuries. These are damages that you would not be entitled to receive through your no-fault insurance benefits. They are:

But in order to bring an auto negligence claim for these damages, strict requirements must first be met — which is why it’s important that you have an experienced lawyer by your side, to help you along the way.

Who Can Bring A Lawsuit Against the At-Fault Driver?

The first requirement for bringing a car accident lawsuit in Michigan is that you must be able to show that the other driver was at fault for the crash. The legal term for fault is “negligence,” which is simply the failure of a person to act as a reasonably careful person would under the same or similar circumstances. Typically, violations of the Michigan Motor Vehicle Code — such as speeding, failing to stop at a stop sign, failing to yield, running a red light, improper lane usage, etc. — are all evidence of negligence.

Meanwhile, even if you were partially responsible for the car accident, you may still recover damages in a lawsuit for your injuries. However, the amount of those damages will be reduced by the percentage of your own fault. This is referred to as “comparative fault.” For example, if the injured person is 20% responsible for the accident and the at-fault driver is 80% responsible, the victim’s damages will be reduced by 20%. However, if the victim is more than 50% negligent in causing the accident, Michigan law says the victim cannot recover any compensation for non-economic loss.

When seeking non-economic damages, in addition to showing that the other driver was negligent, Michigan law also requires you to show that your injuries are “serious enough” to bring the claim. This “serious enough” component is commonly known as a “threshold injury,” and is defined as a “serious impairment of body function,” “permanent serious disfigurement” or death. To help determine whether your injury meets this threshold standard, an experienced Michigan car accident lawyer needs to assess your case. (Note: claims for excess economic loss do not require proof of a threshold injury.)

There are also potentially significant claims that could be pursued against the at-fault driver for economic damages for medical expenses and lost income that is not covered under the injured person’s no-fault insurance coverage.

What Happens When Car Accident Injuries Result in Death?

When a person dies as a result of a motor vehicle collision, a special kind of tort liability arises known as a “wrongful death claim.”  Wrongful death claims in Michigan are pursued by the decedent’s estate on behalf of family members.

The Michigan Wrongful Death Act governs all wrongful death lawsuits in the state. In general, this law provides that close relatives of a deceased victim can seek compensation for the loss of financial support, loss of services and, perhaps most importantly, loss of the love, affection, companionship, and society of their loved one.

Auto negligence claims are usually paid by the insurance company for the at-fault driver. If a lawsuit is filed to obtain compensation, the negligent driver must be individually named in the suit. The damages, however, will actually be paid by the at-fault driver’s insurance company, up to the total amount of liability coverage that the negligent driver purchased.

If you suffered damages that exceed the amount of liability coverage that’s carried by the at-fault driver, the driver may be personally responsible for the excess amount.

What if the At-Fault Driver Was Not Insured or Had Minimal Coverage?

Because most people do not personally have the funds to fully compensate a car crash victim, inadequate insurance coverage can potentially leave an injured person without any way of fully recovering their damages. However, this problem can be avoided by purchasing “uninsured motorist coverage” and “underinsured motorist coverage.” Both types of coverage let car crash victims recover damages from their own auto insurance company when the at-fault driver doesn’t have any insurance or has insufficient insurance.

Uninsured and underinsured motorist policies are optional and can be purchased in addition to a standard no-fault policy. Because the cost of each is relatively minimal, it is highly recommended that motorists purchase both types of optional coverages to protect themselves from drivers who do not have insurance or have minimal insurance.

If you or a loved one were injured in an accident as the result of another’s negligence, you may qualify to file a claim against the at-fault driver. Call us today at 866.758.0031 or submit an online request.