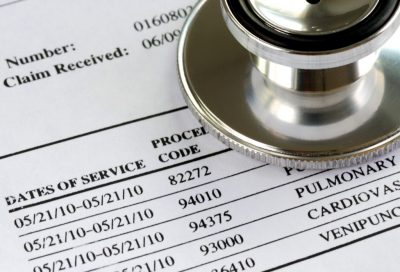 As the Legislature debates revising the Auto No-Fault Insurance Act, there is one simple change that will vastly improve the no-fault system: extending Michigan’s “one-year-back rule.” If people have more time to resolve payment disputes with their auto insurance companies, it will help reduce unnecessary no-fault litigation.

In 2005, the Michigan Supreme Court in Devillers v ACIA, 473 Mich 562, fundamentally changed how the one-year-back rule is applied by holding the rule can never be extended or tolled while an insurance company is reviewing a claim for benefits. Previously, tolling of the rule had been allowed under the Court’s decision in Lewis v DAIIE, 426 Mich 93 (1986). The tolling doctrine in Lewis allowed the no-fault system to function in a common-sense way, where people did not need to rush to the courthouse to file suit while waiting to hear whether their medical bills would be paid within one year from the date services were rendered. Unfortunately, Devillers obliterated any tolling or extension of the one-year-back rule.

Justice Michael Cavanagh dissented in Devillers, predicting the majority’s decision to harshly enforce the one-year-back rule would not only increase the burden on insured individuals, but would also cause a spike in no-fault litigation. Justice Cavanagh noted that, while the plaintiff in Devillers could have filed suit before the claim was formally denied, this “hardly advances our Legislature’s goal of reducing litigation.” Justice Cavanagh further said Devillers harmed insurance companies by forcing them to pay the costs of defending lawsuits and using resources that could otherwise go toward investigating claims. “This will, in turn, translate into higher premiums, further denigrating the opposite goal of the no-fault act,” he stated.

Turns out, Justice Cavanagh’s prediction was spot-on. After holding steady at around 3,000 cases between 2003 and 2004, the number of new no-fault cases filed in Michigan Circuit Courts has increased every year since Devillers. In fact, in 2015 more than 8,000 no-fault cases were filed in Michigan trial courts, representing nearly a three-fold increase since Devillers.

Strictly enforcing the one-year-back rule has clearly prompted the filing of more no-fault suits. This makes sense because one year is frequently not enough time to make sure an insurance company pays every medical expense arising from an auto accident. It is inevitable there will be unnecessary lawsuits filed, simply because the insurance company has not yet paid for medical services rendered within a year.

Meanwhile, insurance companies have done nothing to alleviate the harshness of the one-year-back rule. Rather, every major insurance company argues the rule should be strictly enforced, so it is immunized from paying medical expenses incurred more than one year from the date a lawsuit is filed. In doing so, the insurance industry is telling injured people and their medical providers that they have one choice: sue now.

To make matters worse, through a series of recent decisions, the Michigan Supreme Court has held that the one-year-back rule must be strictly applied to mentally incapacitated individuals and children. In these rulings, the Court has said the tolling mechanisms on statutes of limitations provided to mentally incapacitated people and children under the Revised Judicature Act (RJA) (MCL 600.5851) are also unavailable for purposes of the one-year-back rule. According to the Court, because the one-year-back rule is a “limitation on damages” provision and not a statute of limitations, it cannot be tolled. Therefore, children and people who cannot handle their own affairs are barred from recovering payment for their accident-related medical services if a lawsuit is not filed on their behalf within one year from the date the services were rendered.

Granted, there may be other factors contributing to the increase in no-fault lawsuits since Devillers. However, strict application of the one-year-back rule is clearly forcing attorneys to file more lawsuits to recover no-fault benefits than would be necessary if people had more time to address unpaid claims with their insurance companies.

A fair extension of the one-year-back rule is to change it to a three-year-back rule. Alternatively, the Legislature could amend the No-Fault Act so the rule could be tolled from the time the insurance company receives the claim for benefits through the time the claim is formally denied, as previously allowed under Lewis.

If the Legislature extended the one-year-back rule, it would be helpful in several ways:

Keeping these benefits in mind, it is difficult to comprehend how anyone can argue against extending or tolling the one-year-back rule.