If you or a loved one has suffered a brain injury, having a basic understanding of the anatomy of the brain and the effects on the brain when it sustains trauma are important steps in moving forward with your care and treatment plan.

The human brain is a complex machine which controls our every action and thought. The brain’s anatomy can be divided into a number of sections, each with their own functions and areas of responsibility. 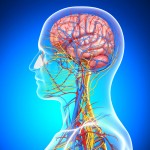 Within the cerebrum, the brain is further classified into four lobes, each with their own important function. The frontal lobe helps regulate behavior and emotion. The parietal lobe largely controls sensory comprehension, such as taste and smell. The temporal lobe regulates auditory and visual skills. The occipital lobe, which is located in the back of the cerebrum, controls vision.

Other sections of the brain control more specific functions. For example, the cerebellum is located at the rear base of the skull and is responsible for many of the body’s motor functions, such as walking and balance, while the brain stem, which ties the brain into the spinal cord, regulates reflexes as well as cardiac and respiratory function.

There are two primary forms of head injuries. Open head injuries occur when the skull is penetrated and the brain sustains trauma from an outside source. The most typical example of an open head injury is a gunshot wound, although such an injury may occur in any number of ways.

Conversely, a closed head injury occurs when the brain accelerates and decelerates quickly, causing the brain to slam into the inside of the skull. Closed head injuries are often seen in car accidents or trip and fall type incidents. In many cases, closed head injuries will cause more damage, because the internal swelling and bruising which occurs as a result of the damage may have adverse consequences on other portions of the brain as well.