Can You Sue the Government for Injuries?

Many people wonder if you can sue the government for injuries. People usually wonder this following an injury either at a government building or on property maintained by the government, for example. However, the answer isn’t entirely straightforward.

Exceptions to the General Rule of Government Liability in Michigan 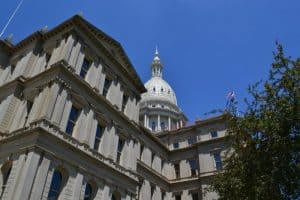 The Michigan law that grants the government immunity also provides multiple exceptions to the general rule, and include the exceptions on the following list and further summarized below.

Each of these exceptions has been repeatedly interpreted and re-interpreted by the courts in Michigan and as a result, each of these exceptions contains many requirements and exceptions of their own. Give the vast scope of activities that our government engages in on a daily basis, and the number of employees that the government has, it is inevitable that some of those actions will be negligent. Determining whether the government can be held responsible by applying one of the exceptions to the general rule of immunity takes legal research and close attention to the facts of each case. In a condensed form, the exceptions are described below.

This exception applies to every “highway, road, or street that is open for public travel.” Moreover, it applies to every governmental unit, whether local or state, which has responsibility for a publicly-traveled road. The exception requires that the government maintain the roadway “in reasonable repair so that it is reasonably safe and convenient for public travel.” Of course, what “reasonable repair” or “reasonably safe and convenient for public travel” can mean many things. Each situation must be examined for its own specific facts.

Another limitation to this exception is the fact that the duty to keep the road in reasonable shape extends only to the “improved portion of the highway designed for vehicular travel.” In other words, the duty to keep the road in good shape only applies between the white fog lines on either side of the road. The curb, shoulder, ditch, or any other portion of the road which is not designed for vehicular travel is not included and therefore the government is not responsible for injuries that are caused by these parts of a roadway.

Finally, if you believe that you have a claim based on a poorly-maintained roadway, you should be aware many strict notice requirements apply to these types of cases. You should not hesitate in speaking with a Michigan personal injury attorney as it could limit or even completely prevent you from pursuing a claim if the notice requirements are not met.

This obligation to maintain the sidewalks is very limited. The following restrictions apply to any claim that a poorly-maintained sidewalk caused injury to someone using that sidewalk:

Even if an injured person can prove these matters, the municipality can also claim that the defect was open and obvious to a casual observer and escape responsibility for any defect. In reality, it is extremely difficult to hold the government responsible for this type of negligence.

If someone is negligently operating a government-owned motor vehicle and you sustain an injury as a result, you may be able to recover damages. But this rule is separate and apart from the normal rules which govern automobile negligence in Michigan. For instance, while Michigan law generally allows you to recover for injuries suffered during the operation, use, or maintenance of a motor vehicle, in the context of a government-owned vehicle you may only sue based on the operation of the vehicle.

In addition, any injuries which arise out of the “operation” of a government-owned vehicle are subject to the threshold requirements of the No-Fault Act, meaning that an injured person must demonstrate serious impairment of a bodily function, permanent serious disfigurement, or death in order to bring even a limited claim.

The public building exception to governmental immunity allows an injured person to bring a claim that the governmental entity failed to maintain or repair a public building and that it caused an injury and damages. There are five separate requirements to prove this type of claim:

Furthermore, like several of the other exceptions, this one requires that the injured party provide notice to the government of the defect within 120 days of being injured. The notice must include the location and nature of the defect or dangerous condition, the injuries suffered by the person, and the names of any witnesses. For these reasons, it is important to consult with an attorney quickly after being injured.

There have been many attempts, and very few successes, at characterizing a government function as “proprietary” in order to avoid governmental immunity. The courts in Michigan have generally stated that an action might be considered proprietary when (1) the activity is conducted primarily for creating a profit and (2) the activity isn’t supported by taxes or fees. While this appears simple, courts have routinely rejected the “proprietary function” argument and upheld governmental immunity principles in a wide variety of circumstances.

There are many nurses, physicians, and other health care providers who are technically government employees because they are employed by state universities or community-run hospitals. Because they are government employees, the general rule of governmental immunity should apply. However, in order to avoid creating an immunity for some health care providers but not all, the Legislature makes it clear that governmental immunity does not apply to “an employee or agent of a governmental agency with respect to providing medical care or treatment to a patient” unless the care is provided in a hospital-owned by the Department of Community Health or the Department of Corrections. The logic of this exception seems to follow the same logic for the “proprietary function” exception – that where the government is filling a role which is also handled by private enterprise, it would be unfair to provide some with immunity from responsibility for negligence while others have no such immunity.

Medical malpractice actions are among the most complex claims to file in Michigan. There are numerous notice requirements, special rules of procedure, and different periods of limitation which can apply. You can look at the medical malpractice page on this website to learn more, but if you believe you have a claim involving medical malpractice, you should contact an attorney as soon as possible in order to preserve your rights to pursue that claim.

Sewage backup or overflow can cause massive property damage and serious personal injury. In order to hold the government responsible for sewage backups caused by negligence, the Legislature created this exception to the general rule of governmental immunity. However, in order to hold the government responsible, an injured person must demonstrate that the sewage system had a defect, that the government knew of the defect and failed to remedy it, and that the defect was the cause of the property damage and/or personal injuries.

Our attorneys understand the complexity of government liability in Michigan and will help you understand better whether or not your claim falls within the legal parameters of the above-listed exceptions. Call us today for a free initial case evaluation at 866.758.0031 or contact us online.