Thomas G. Sinas – Tom Sinas founded the Sinas Dramis Law Firm in 1951, shortly after he was admitted to the State Bar of Michigan. He established a solo law practice in the Olds Tower (now known as the Boji Tower) in downtown Lansing. Tom did his graduate work at Michigan State University and went on to obtain his law degree from the University of Detroit. He was the son of hardworking Greek immigrants who settled in Chicago and weathered very difficult times during the Great Depression. During his childhood, Tom saw firsthand the devastating effects of poverty and discrimination. Those experiences caused him to decide early in life that he wanted to make a difference in improving the lives of others. Accordingly, he committed himself to becoming a lawyer. Throughout his long and illustrious career, Tom was recognized as a consummate attorney, a charismatic champion of the “little guy” and a lawyer of uncompromising ethics and integrity. During his tenure with the Sinas Dramis Law Firm, Tom’s practice was multifaceted and included general civil litigation, business and corporate law, real estate and business transactions, and domestic relations law. He was named “Lansing’s Lawyer of the Year” in 1968, and his leadership and professionalism was recognized by his peers when he was elected President of the Ingham County Bar Association in 1969. Tom was also active in the Lansing community. He served on the Lansing Planning Commission in the 1950s, where he was actively involved in shaping the development and growth of the City of Lansing for many decades. Tom also served as President of the Holy Trinity Greek Orthodox Church and was a very visible member of Lansing’s ethnic community. Tom died in 1985, leaving a law firm that would carry on his inspirational legacy.

Lee C. Dramis – Lee Dramis joined his good friend, Tom Sinas, in 1952, formally establishing the Sinas Dramis Law Firm. Lee completed his undergraduate studies at Michigan State University and graduated from the University of Michigan Law School in 1951. After graduation, he took a position as a Law Clerk for the Michigan Supreme Court. Prior to attending law school, Lee was a decorated World War II Marine Corp Veteran and was severely wounded during the Battle of Guadalcanal in 1942. After spending two years recovering from his wounds, Lee volunteered to rejoin his combat unit, which was about to participate in the historic Battle of Iwo Jima. His courageous action at Iwo Jima resulted in Lee being awarded the Silver Star for gallantry in action. During Lee’s legal career, he developed a great interest in personal injury litigation. This field of law was in its infancy when Lee began his practice. Over the years, he acquired great knowledge and expertise in cases dealing with traumatic injury which enabled him to become an extremely effective litigator in a wide range of cases. Shortly after the Thomas M. Cooley Law School was established in Lansing in the mid-1970s, Lee served as one of the school’s first tort law professors. Lee’s great skill as a personal injury litigator was also recognized by his peers when he was elected President of the Michigan Trial Lawyers Association, the first lawyer from Ingham County to achieve that great distinction. Lee’s knowledge of medicine and finesse as a litigator earned him the nickname of “Doctor Dramis.” Lee died in 1981, leaving behind a group of young lawyers who were greatly inspired by his passionate dedication to helping injured people.

Richard J. Brake – Richard Brake joined the Sinas Dramis Law Firm in 1954 and retired from the firm in 1997. Richard’s family has had strong ties with the legal profession. His father was a full-time professor of law at the University of Detroit, his brother was a practicing attorney in Florida and his son David is a practicing attorney in Michigan. Richard graduated with honors from the University of Michigan Law School in 1950. Throughout his distinguished career, he focused his practice on property law, trust and estates, wills and business law. He was formerly an Ingham County Circuit Court Commissioner and one of the founders of the Catholic Lawyer’s Guild of the Diocese of Lansing. During his long career with the Sinas Dramis Law Firm, Richard served as firm President for a number of years and was widely respected for his keen intellect and impeccable integrity.

Barry D. Boughton – Barry Boughton joined the Sinas Dramis Law Firm in 1964, retiring in 2001. He received his undergraduate degree from Michigan State University and his law degree from the University of Michigan. Over the course of his career, Barry distinguished himself as an outstanding personal injury lawyer who handled a wide variety of complex cases involving product liability, medical malpractice, and toxic torts. During his career, Barry served on the Michigan Trial Lawyers Association’s Executive Board. He was also elected to serve as a member of the 6th Circuit Board of Governors of the Association of Trial Lawyers of America. Among his many accomplishments, Barry helped establish the legal principle that motor vehicles must be “crashworthy” so that unsafe vehicular construction does not contribute unnecessarily to occupant injury. Barry’s great expertise in the field of plaintiff’s personal injury law was recognized when he was selected for inclusion in the “Best Lawyer’s in America” in the field of plaintiff’s personal injury litigation. He was recognized in every edition of that reference source from 1991 until his retirement. He also served as a member of the Michigan Supreme Court Committee on Standard Civil Jury Instructions. After his formal legal career ended, Barry moved to Washington, D.C. and served with great distinction as a volunteer member of Public Citizen, continuing his lifelong commitment to improving consumer safety. 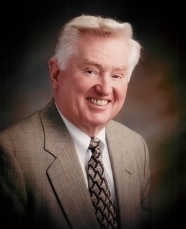 Kenneth G. McIntyre – Kenneth “Red” McIntyre joined the Sinas Dramis Law Firm in 1969 and retired from the active practice of law in 1999. He obtained his undergraduate degree from Michigan State University and his law degree from the University of Kansas. Before joining the Sinas Dramis Law Firm, Red worked as a trial attorney for the Civil Rights Division of the United States Department of Justice in Washington, D.C. and subsequently as an Assistant United States Attorney in Detroit, Michigan. During his years as a civil rights attorney, Red participated in a number of historic cases involving voter rights and abuse of police power. Shortly after his career with the Department of Justice ended, Red went on to serve as the Chief Investigator for the President’s Commission on Campus Unrest, where he played an important role in investigating the shooting deaths of four students at Kent State University in 1970. After joining the Sinas Dramis Law Firm, Red was lead counsel in the historic “PBB litigation” which arose out of the accidental contamination of cattle feed and resulted in numerous claims of environmental and human health injury.

Donald L. Reisig – Donald “Don” Reisig joined the Sinas Dramis Law Firm in 1976 after an illustrious career in a wide variety of roles in the legal profession. He retired from the Sinas Dramis Law Firm in 1993. Don obtained his undergraduate degree and his law degree from the University of Michigan. Prior to joining the law firm, he served as Lansing City Attorney and Ingham County Prosecuting Attorney. He also served as Ingham County Circuit Court Judge from 1968 to 1976. Don also held numerous elected positions in the State Bar of Michigan, including serving as President of the State Bar of Michigan from 1988 to 1989. Shortly thereafter, he was appointed by Governor James Blanchard to serve as Michigan’s “Drug Czar,” a position that was created in order to better coordinate Michigan’s war on illegal narcotics. During his tenure with the Sinas Dramis Law Firm, Don’s practice included labor relations (public and private), administrative and governmental law, constitutional litigation and domestic relations law.

Deborah A. Deprez – Deborah “Deb” Deprez joined the Sinas Dramis Law Firm in 1989 and retired from the firm in 2006. She received her Bachelor’s Degree magna cum laude from Boston College and her law degree from the Northwestern University Law School. Prior to joining the Sinas Dramis Law Firm, Deb was the first woman to achieve partnership status in Lansing’s oldest and largest law firm, Foster, Swift, Collins & Smith. During her legal career, she focused her practice on workers’ compensation, social security disability cases and auto no-fault litigation. Her skill as an advocate was recognized in 1992 when she was listed in “Who’s Who of American Women.” During her years with the Sinas Dramis Law Firm, Deb was well known for her intelligence, skill as an advocate and compassion for people.

Stephen R. Zynda – Stephen “Steve” Zynda joined the Sinas Dramis Law Firm in 1976 and left the firm in 1986 to pursue private business interests. Prior to joining the firm, Steve received his undergraduate degree from Michigan State University and his law degree from the Thomas M. Cooley Law School. During his tenure with the Sinas Dramis Law Firm, Steve’s practice primarily focused on construction law and business litigation. However, Steve’s versatility as a litigator was reflected by the fact that he handled cases in several other areas, including personal injury law.

Lester N. Turner – Lester “Les” Turner joined the Sinas Dramis Law Firm in 1960, after having served as Clerk for the Michigan Supreme Court. He left the law firm in 1978 to pursue private business interests. During his tenure with the Sinas Dramis Law Firm, Les was widely respected for his knowledge and advocacy skills in several areas of civil law, including zoning, land use, business litigation, and personal injury law. His versatility as a litigator was recognized by the Michigan Trial Lawyers Association, who elected him as Association Vice President. Lee also served as a member of the Michigan Supreme Court Committee on Standard Civil Jury Instructions.

Judson Werbelow – Judson “Jud” Werbelow joined the Sinas Dramis Law Firm in 1955. He departed the firm in 1968 to pursue other business interests. Prior to joining the law firm, Jud served as a law clerk for the Michigan Supreme Court, where he distinguished himself with his legal scholarship. During his tenure with the Sinas Dramis Law Firm, Jud focused his practice on business and general civil litigation. After returning to the active practice of law, Jud became a partner in the highly respected firm of Dickinson Wright PLLC where he eventually ended his legal career.