The Michigan personal injury attorneys at Sinas Dramis Law Firm wrote this article to provide a current report on the widespread Roundup litigation across the United States. Individuals can also use the following information to determine whether they have a legitimate Roundup cancer lawsuit against Monsanto as a result of exposure to Roundup products. To date, over 18,000 individuals in America have filed lawsuits against Monsanto, and that number grows every day. People who have regularly used Roundup products at home or work for a number of years have brought the majority of lawsuits against Monsanto.

Glyphosate is the active ingredient in Roundup and is the most heavily-used agricultural chemical in the world. The use of glyphosate has been under heavy scrutiny since 2015 after the International Agency for Research on Cancer (IRAC) labeled the chemical a “probable carcinogen” for humans. The IRAC’s determination was based on a comprehensive meta-analysis review, which compiled information gained from hundreds of previously conducted studies on glyphosate.

In contrast, the Environmental Protection Agency (EPA) has classified glyphosate as “not likely to be carcinogenic to humans.” This contradictory conclusion broke the EPA’s longstanding practice of aligning with the IARC’s cancer hazard assessments. However, many organizations have attacked the EPA’s assessment, identifying problems with its study. Furthermore, there is reportedly a disturbingly close relationship between the EPA and Monsanto. Internal corporate documents made public during court proceedings revealed this troublesome relationship.

While many health organizations continue to disagree on the risk of contracting cancer from use of Roundup products, recent research gives weight to the determinations of the IRAC. Recently, the Agency for Toxic Substances and Disease Registry (ATSDR), a federal public health agency of the U.S. Department of Health, published a wide-scale, scientific review and assessment of glyphosate studies. The results of the study found cancer risks resulting from pure glyphosate exposure in rodent studies, and mixed glyphosate product exposure in human epidemiologic studies. The report further confirms what Monsanto has adamantly denied – that Roundup products cause cancer.

Types of Cancer Caused by Roundup

B cell Lymphomas: B cells, also known as B lymphocytes, are a type of white blood cell that fight body infections by producing antibodies that neutralize foreign contaminants. The most prevalent subtypes of B cell lymphomas include diffuse large B cell lymphoma, follicular lymphoma, Burkitt lymphoma, and mantle cell lymphoma.

Therefore, if a person has been diagnosed with a form of either B cell or T cell Non-Hodgkin Lymphoma, exposure to Roundup products could be the cause of cancer.

Exposure can occur when glyphosate comes into contact with a person’s skin, eyes, or lungs (breathing vapors). Also, a person may swallow some glyphosate if they eat or smoke after applying the product without washing their hands first. The most common form of exposure is through contact with the skin during application. 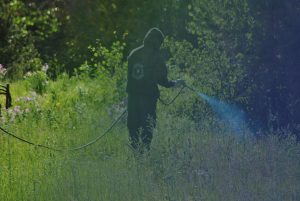 Monsanto claims that glyphosate’s toxic effects in animal studies do not matter because Roundup product users are only exposed to “safe” levels that do not cause such effects. However, an expert pathologist who testified in two trials regarding Roundup’s carcinogenic properties gave shocking testimony – that using Roundup more than two days per year doubles the risk of developing Non-Hodgkin Lymphoma.

Information and research regarding the exact amount of Roundup exposure required to cause cancer is scarce. Regulators set safety limits for glyphosate exposure based on data from the industry’s own toxicity studies on laboratory animals. These toxicity studies are supposed to provide evidence of potential adverse effects on mammals, most commonly rats, whose physiology is similar to that of humans. As the Roundup litigation continues across the country, additional studies will no doubt be performed. These additional studies will continue to provide clarity on the exact levels of exposure that presents a significant risk to humans.

In light of the new research linking glyphosate to Non-Hodgkin Lymphoma, California added the ingredient to its list of chemicals known to cause cancer by the Office of Environmental Health Hazard Assessment on July 7, 2019. California’s proposed “safe” exposure amount is 1.1 milligrams per day for a human weighing approximately 150 lbs. The set exposure amount correlates with the dose of glyphosate expected to cause no more than one case of cancer in every 100,000 people who are exposed to it over a lifetime. Notably, California’s recommended limit of 1.1 milligrams per day is drastically lower than that of the EPA, which is currently set at 140 milligrams per day.

If a person has used Roundup regularly at their home or in their profession and subsequently developed Non-Hodgkin Lymphoma, glyphosate should be considered as a potential cause of cancer.

As of August 1, 2019, over 10,000 cases were filed in state courts across the United States against Monsanto. Other cases filed in federal court across the country have been consolidated into a single federal multi-district litigation (MDL) in the Northern District of California. Currently, approximately 3,600 cases have been consolidated in the MDL. To date, there have been three trials, all of which have returned multi-million dollar verdicts.

The first trial against Monsanto involved Dewayne Johnson, 47, and took place in the Superior Court of California, San Francisco County. Dewayne Johnson, a long-time school groundskeeper, was diagnosed with Non-Hodgkin Lymphoma. His responsibilities included direct application of Roundup and RangerPro, another Monsanto glyphosate product, to school grounds. The trial ended on August 10, 2018, with a unanimous jury verdict of $289 million. The case is currently on appeal in the California State Court of Appeals.

The second trial occurred in the United States District Court – Northern District of California and involved Edwin Hardeman, 70, who spent decades living in Sonoma County on 56 acres of land previously used as an exotic animal refuge. He started using Monsanto herbicides to treat poison oak, overgrowth, and weeds on his property in 1986 and continued using Roundup through 2012. For many years, he sprayed Roundup on a regular basis and was subsequently diagnosed with Non-Hodgkin Lymphoma. The trial ended on March 27, 2019, and resulted in an $80 million jury verdict.

The most recent trial was in Superior Court of California – Alameda County involving Alva Pilliod and his wife, Alberta. The Pilliod’s were in their 70s and were married for nearly 50 years at the time of trial. They started using Roundup in their garden in the 1970s and continued using the weed killer until only a few years ago. Both developed Non-Hodgkin Lymphoma, four years apart. The trial ended on May 13, 2019, at which time the jury returned a staggering verdict of over $2 Billion dollars.

The next trial is scheduled for October 15, 2019, in St. Louis City Court. Other upcoming trials include the following:

What Should Lymphoma Patients Do?

If a lymphoma patient was exposed to Roundup and subsequently diagnosed with Non-Hodgkin Lymphoma or leukemia, it is important to make a decision regarding that patient’s legal rights. The laws of Michigan protect individuals from dangerous products that cause serious health consequences to consumers, including Roundup products. If a person diagnosed with Non-Hodgkin Lymphoma does decide to take action, they may be eligible to receive compensation for medical expenses, pain and suffering, emotional distress, lost wages, and other losses. It’s important to know your legal rights and to contact skilled legal assistance as soon as possible. 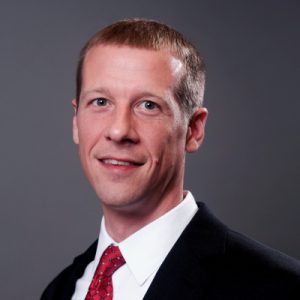 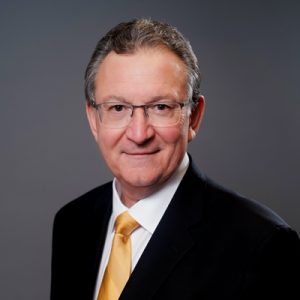