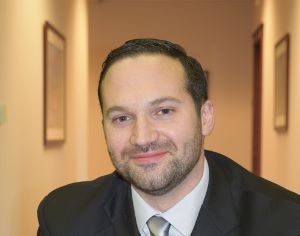 The program titled, “The State of No-Fault Insurance in Michigan,” was the first webinar that Michigan Lawyers Weekly has hosted, and Stephen was honored to be invited as the featured speaker.

Stephen is known as a leading authority on Michigan no-fault law. He is recognized across the state for his representation of individuals who are injured in auto accidents, semi-truck accidents, motorcycle accidents, and bicycle accidents — all of which often trigger no-fault PIP benefits.

Because Michigan no-fault insurance is mandatory for motorists, Stephen explained that insurance rates need to be equitable and fair for everyone. He also pointed to several important judicial interpretations of the the No-Fault Act, including:

“healthcare providers do not possess a statutory cause of action against no-fault insurers for recover of personal protection insurance benefits under the no-fault act.”

While the overall impact of Covenant is yet to be determined, Stephen noted the decision stands for several things:

Meanwhile, Stephen also talked about so-called “bad behavior” in no-fault insurance claims, such as fraudulent claims filed by insureds. In particular, he referred to Bahri v IDS Property Casualty Ins Co, 308 Mich App 420 (2014), where a no-fault policy was completely voided due to the insured’s fraudulent claim. He also discussed bad-faith claims handling by insurance carriers. He explained that insurers can be penalized for improperly denying a claim through penalty interest and attorney fees (which can sometimes be difficult to recover). He noted, however, that insurance companies cannot be sued for damages under the Michigan Consumer Protection Act.

During the webinar, Stephen touched on the public’s opinion of Michigan no-fault insurance and the attempts over the years to reform the system. It was noted that, according to an Insurance Alliance of Michigan poll, 72% of respondents believe no-fault needs reformed and 79% support changing the system to reduce auto insurance premiums.

Stephen pointed out that discussions are currently underway to reform Michigan’s no-fault insurance system … for the benefit of everyone involved.

If you’ve been injured in a car crash and have questions about your no-fault insurance benefits, contact one of our experienced Lansing car accident lawyers or Grand Rapids auto accident attorneys today. We’ll help you get the compensation and benefits you deserve.