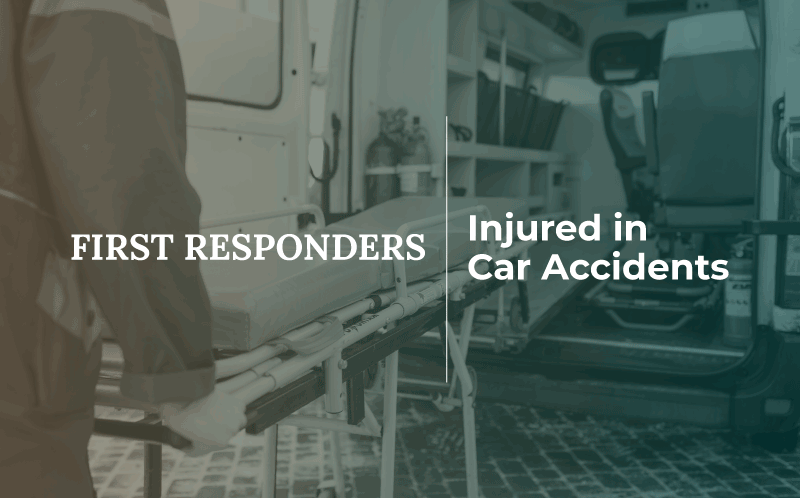 As a Grand Rapids car crash attorney, the very first thing Tom begins to identify when speaking with someone involved in a serious automobile collision or their family member is where can they access benefits to meet their immediate needs, such as lost wages and medical bills. Typically, Michigan drivers would turn to their own auto no-fault insurance policy, or the policy of a relative with whom they reside.

The first system an injured first responder can often turn to is worker’s compensation. This system applies to those injured while working, including first responders.

In addition to worker’s compensation, in instances of car accidents involving first responders, the injured responder can also access benefits through the auto no-fault system.

Just like anyone else with an auto no-fault policy in Michigan, injured first responders are additionally entitled to auto no-fault benefits. However, under our legal rules in the state of Michigan, there’s a complicated interface where the worker’s compensation system and auto no-fault system intersect. The complexities of this intersection and how the two systems affect one another is far too detailed and complex for the scope of this article and often require an analysis by an attorney experienced in handling complex auto injury claims.

While all three systems are different, they are all interrelated. Additionally, Michigan law outlines a unique series of rules in state statute about when injured firefighters and police officers can bring a liability claim against the driver that caused the crash.

Importance of Seeking Legal Counsel in for Injured First Responders

A car accident involving a first responders is a unique example of how different legal rules come together, impacting one specific group of people. The way these systems all impact one another is incredibly complex, and those first responders injured in car accidents should seek the insight of an experienced Michigan auto accident attorney.