Dogs are known as “man’s best friend” for a reason. Our dogs are part of the family. However, animals can act unexpectedly, and suffering from a dog attack is a frightening and oftentimes painful experience that stays with us long after the incident occurred. Many states, Michigan included, have a “strict liability” statute that holds the dog owner responsible for injuries if the attack was unprovoked. 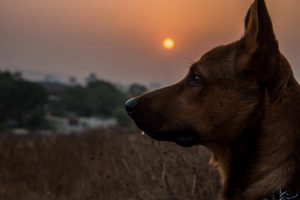 However, dog bite laws are complicated and establishing liability after an attack is often difficult without an experienced Michigan dog bite injury lawyer. If you or a loved one have suffered a dog attack, it’s time to call one of our skilled personal injury attorneys. We’ll work diligently to obtain the compensation you need so you have access to the best medical and rehabilitation services possible. It’s time to move forward.

What to do After a Dog Bite Attack

Injuries resulting from a dog attack can range from minor wounds like lacerations and punctures to serious injuries such as broken bones and nerve damage. Even a minor bite can result in serious scars, impacting an individual professionally, personally, and emotionally for years to come.

You should take the following steps after a dog attack:

Our Results for Dog Bite Victims

According to experts, 70 percent of dog bites happen in the home, and 80 percent of people are bitten by dogs they see on a regular basis. Understanding the most common reason a dog acts out aggressively is important for avoiding attacks altogether. The main reasons include:

Types of Michigan Dog Bite Claims and When to File

There are four potential ways to bring a dog bite lawsuit in Michigan:

Strict liability
If a dog bites a person, the dog’s owner can be held liable for any damages suffered by the victim as long as the victim did not provoke the attack and was legally on the property where the attack occurred. Under this statute, the owner may still be held liable, even if the dog previously displayed good behavior and wasn’t known by the owner to bite. Also, if the dog leaves the owner’s property, the owner may be subject to liability.

Negligence
This implies the dog owner owed a legal duty to the victim and the resulting injuries were a breach of that duty and an attack occurred. Negligence usually involves cases where the animal exhibited aggressive traits prior to the attack or the animal was in the owner’s possession long enough to be aware of its predisposition. This can also come with criminal implications. Sometimes an owner can be liable even if the dog knocks a victim down but doesn’t bite during an attack.

Trespass
This statute protects victims of dog attacks when the animal went on the property of another without permission.

Battery
In rare instances, a battery claim arises when a dog owner uses the animal to intentionally inflict harm on the victim.

It’s important to note that you can plead multiple legal theories for holding the defendant liable in a dog bite injury or attack claim. You are not limited to only one. By pleading multiple theories, your attorney may uncover important information during the discovery phase of your lawsuit that is applicable to each theory. This is an important strategic advantage the most skilled dog bite lawyers utilize.

Elements of a Dog Bite Claim

As the injured party, Michigan law requires you to prove the following in order to successfully bring a claim against the dog owner:

The only valid defense a defendant may claim is your failure to fulfill these proof requirements. Of these four requirements, the one most commonly litigated over is whether or not the animal was provoked, whether intentional or unintentional.

Contrary to popular belief, Michigan law doesn’t give animals a single free pass; the frequency of attacks doesn’t matter with regard to a civil claim. Dogs that attack or bite a person or another dog are legally termed a “dangerous animal” even after their first offense. Once labeled a “dangerous animal,” if the dog attacks again, the owner can be held criminally liable. Consequences owners may face criminally include a misdemeanor for a minor injury or a felony for more serious injuries. In cases involving death, owners may face involuntary manslaughter charges.

When an animal attacks or bites a person or another animal, it must first be determined whether or not the animal is considered dangerous. In addition, with regard to attacking humans, the animal must have caused a significant injury to be considered “dangerous.” These are the two requirements that must be met before an animal is euthanized.

If you’ve suffered a dog bite attack, call the experienced attorneys at Sinas Dramis Law Firm. A Michigan dog bite injury lawyer is ready to help answer your questions in a free initial case review. Call us at 866.758.0031 or contact us online.