The Michigan Court of Appeals’ recent decision in Hamade v Garzarepresents a positive development for Michigan plaintiffs who are victims of dog attacks. In fact, the case could benefit plaintiffs outside the context of dog bites.

Hamade deals with a landlord’s liability when a tenant’s dog attacks and injures an individual. In Michigan, both statute and common law govern the liability of an owner of a dog. However, any action against a landlord who is not the owner of the dog is governed by the common law standard of reasonable care, which requires an individual to act in a way so as not to cause an unreasonable risk of harm to others.

In Hamade, at the time of the attack the plaintiff was walking on the sidewalk in front of a home owned by the defendant landlord when a large pit bull owned by the tenant leaped from the yard over a chain-link fence and attacked her. The Hamade court held that the circumstances of the case warranted the imposition of a duty on the landlord to protect innocent individuals, such as the plaintiff. 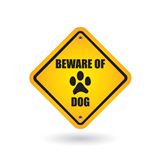 The court’s opinion tracked two main issues, the first of which related to the knowledge of the landlord, if any, regarding the dog’s viciousness. The court indicated that “dismissal [of the case] would be proper if there were no evidence that the landlord had such notice” of the dog’s viciousness. However, the court noted that at least one neighbor had claimed he had previously contacted the landlord to inform her that the dog had charged him and tried to attack him while he was walking along an alley next to the property owned by the defendant. The neighbor allegedly warned the landlord of his encounter with the dog and how, in his opinion, “someone might get seriously hurt by this dog.” In addition, another neighbor stated that the dog was “always vicious and lunging at passersby.” The court held that such evidence was sufficient to create a question of fact for a jury as to whether the landlord in fact had knowledge of the dog’s viciousness.

The court then turned to the defendant landlord’s argument that she had no duty to protect anyone because the attack took place a few feet off the property, as opposed to on the property itself. The court rejected this technical argument, holding that, in some circumstances, the duty of the premises owner may extend beyond the technical boundaries of the premises to “foreseeable victims.” In support of its decision, the court first cited Bannigan v Woodbury (1909) wherein the Michigan Supreme Court held that the owner of a three-story building was liable to a pedestrian who was walking along a street next to the building when she was struck by a window that fell out of the building. The Hamade court next cited Langen v Rushton (1984) wherein the Michigan Court of Appeals stated, “Our courts have long held that a landowner must maintain his or her own land so as not to injure users of an abutting street.”

Finally, the Hamade court distinguished a case cited by the defendant, Feister v Bosack, a Michigan Court of Appeals decision from 1993, wherein a landlord was held not liable when the tenant’s dog escaped and bit someone a half mile away from the premises. For the Hamade court, it was the close proximity of the location of the attack in relation to the premises that distinguished the case from Feister and served as the basis for the landlord’s potential liability.

Although the Hamade decision is unpublished and, as a result, not binding on future Court of Appeals panels, the decision will undoubtedly aid plaintiffs to obtain rightfully deserved compensation for injuries resulting from not only dog attacks, but in cases of other factual varieties. This is because Hamade, when reduced to its essence, stands for the proposition that a landowner with knowledge of hazardous conditions on their premises — whether they be vicious dogs or otherwise — must take reasonable measures to protect individuals lawfully on the premises or on the property adjoining the premises.