According to the Federal Railroad Administration, some 14,000 train accidents resulting in more than 9,000 injuries and 800 deaths occur every year in the United States. A train accident includes passenger trains, subways, or local light rail systems. A train accident can happen at railroad crossings where safety equipment fails or at crossings that are altogether unprotected.

The Federal Railroad Administration also estimates there are approximately 2,000 train derailments throughout the United 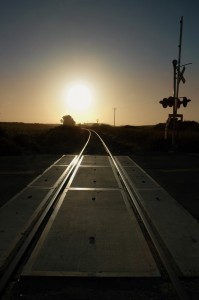 States every year. These derailments can cause serious injury or death, particularly if the train is carrying hazardous substances.

Collisions Between Trains And Motor Vehicles

Michigan has historically been among the top 10 states for train-vehicle collisions. In collisions between vehicles and trains, the occupants of passenger vehicles face a significant risk of death or severe injury. A modern freight train can weigh between 4,000 and 8,000 tons with a typical load. Understandably, the damage inflicted on a motor vehicle by a train of this size and weight can be catastrophic.

In cases where a train collides with another train or crashes as a result of human error or a mechanical defect, the train company may be legally liable. In certain circumstances, liability may also exist where a pedestrian is injured by a train if the train was being operated negligently.

Railway companies are responsible for making their trains safe – for both the public and their employees. How your case will be handled as a passenger is dependent on where and how you sustained your injuries. Different rules and laws apply if you were injured by falling luggage, versus standing on the train platform, for instance.

Additionally, railway workers are equally due a safe work environment. However, because trains cross state lines and jurisdictions, workers are protected under the Federal Employer’s Liability Act (FELA). While FELA functions similarly to worker’s compensation claims, there is one big difference. In cases where railway workers are injured on a train, the injured employee must prove that the railroad company was legally negligent, which caused their injuries. In contrast, when injured workers file a worker’s compensation claim, they only have to prove they were injured during their normal line of work.

In train accident cases where the rail company is found negligent in some way, such as a failure to follow speed limits or replace faulty crossing gates, the company may be found liable for injuries.

In A Train Accident? Protect Your Rights

In any accident involving injury or death arising out of the operation of a train or other railroad device, it is essential that legal advice be sought. The Sinas Dramis team of Michigan personal injury attorneys in Lansing and Grand Rapids has the experience you need to protect your rights and get you the compensation you deserve.