For the Car-Less Among Us: Don’t Forget Named Operator Insurance 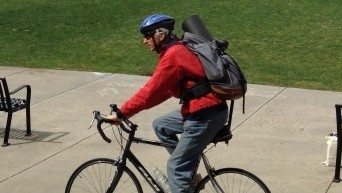 Learn how you can protect yourself with Named Operator Insurance

Cities across Michigan are becoming more urban and bike friendly. In places like Grand Rapids and Ann Arbor, mass transit and cycling are becoming more viable options. So many Michiganders will forgo owning a car. It’s good for the environment, and it’s good for your health. It’s also good for your wallet. Aside from the obvious expense of purchasing a car, losing your car can save you money on maintenance, gas, and parking. You might also think you’ll save money because you won’t need auto insurance. However, you should think again about skipping out on auto insurance simply because you do not own a car. Many people believe that you only need, and can only purchase, auto insurance if you own a car. This is not the case. There are what the insurance industry calls “named operator” or “non-owners” auto policies, and the benefits of these policies should not be minimized.

However, what if, unbeknown to you, your friend failed to ensure the automobile or allowed his auto insurance to lapse? Or what if your friend only purchased auto insurance with the state minimum limits of liability coverage? If you were responsible for a car accident, you would be in a serious predicament. But if you had a named operator policy, you would have protection.

Uninsured/Underinsured Motorist Coverage is Important, too.

You should also be sure your named operator policy includes both uninsured and underinsured motorist coverage. These coverages provide you with protection if you are involved in an accident with another motor vehicle, even if you are walking or riding your bicycle down the street.

The good news is that a named operator auto policy won’t cost you anywhere near as much as a policy that covers a motor vehicle. So, even if you don’t own a car, do yourself a favor and purchase a named operator policy.