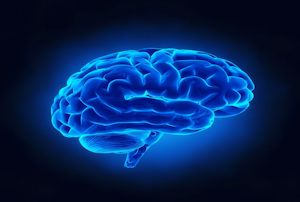 The “Prevention Award” is presented to an individual or organization that has made the greatest single impact on promoting brain injury prevention programs and/or activities during the year.

Tom received the award during the BIAMI’s annual meeting on May 7, 2016. The award recognizes his commitment to educating the public on preventing brain injuries, particularly head injuries in children, as well as his service on the BIAMI Board of Directors.

Sinas Dramis Law Firm, based in Lansing, dedicates a significant portion of its personal injury practice to counseling persons who have suffered traumatic brain injury, especially children. Each year, the firm sponsors the Lids for Kids bike helmet giveaway and bicycle safety events in Lansing, Grand Rapids, and Traverse City. 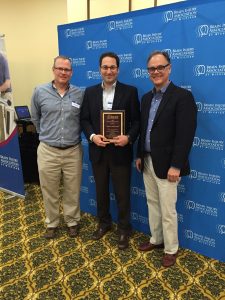 On being named the “Prevention Award” recipient, Tom said:

“While I am deeply honored to receive this award, it is not an award that belongs to one person. It is an award that recognizes the significant efforts of our law firm for more than a decade to prevent brain injuries in children. And it’s an award that also belong to the incredible partners that we’ve been privileged to work with over the years. This project is all about community — one done by the community for the community. And if all of our efforts prevented only one child from suffering a brain injury, then it’s worth it.”

In addition to his work with the BIAMI, Tom served as a trustee Grand Rapids Bar Association from 2015-2018, a committee member of the Justice Foundation of West Michigan from 2014-2018, and President of the Grand Rapids Legal Assistance Center from 2015-2018. He is also associate general counsel for the Coalition Protecting Auto No-Fault (CPAN) and a member of the Michigan Association for Justice (MAJ).