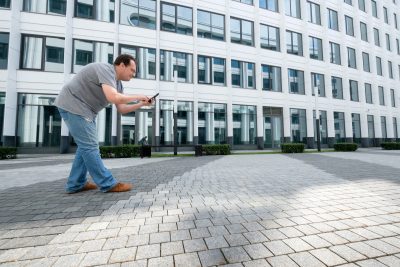 In “Pokémon Go presents virtual fun, real legal issues,” (August 12, 2016), Steve first discusses the Pokémon Go app’s terms of service, which cautions users to play the virtual reality game at their own risk and have insurance, in case they’re injured while playing. Users who download the game also agree to not violate any laws, and not to cause others emotional distress or to trespass on private property. The app’s terms of service further say:

“To the extent permitted by applicable law, Niantic, The Pokémon Company and TPCI disclaim all liability related to any property damage, personal injury, or death that may occur during your use of our Services, including any claims based on the violation of any applicable law, rule, or regulation or your alleged negligence or other tort liability.”

Steve says these terms could be difficult to challenge in court if someone is injured while playing the game. Why? Because courts typically uphold contracts as they’re written. “The legal ramifications of the service agreement haven’t been fully vetted by any court,” Steve tells MiLW. “There isn’t a whole lot of wiggle room for consumers to complain about it.”

Steve also points out that Pokémon Go presents a “new level of distraction” that is troublesome. “It’s an issue of a person paying attention to augmented reality that does not coincide with the world around them,” Steve tells the publication. “The issue of the game is it is making people more than just distracted. It’s augmenting their reality. The world in your phone is different than the world around you.”

Comparative negligence under Michigan’s no-fault laws also comes into play, Steve tells MiLW. He explains that, if a pedestrian is hit by an automobile while looking down at their phone and chasing a virtual reality character, it will be tough to bring a claim for damages against the vehicle’s driver. “Most juries will likely feel the person [playing the game] was more at fault than the respective driver,” Steve observes. “Juries are not going to want to reward people who are chasing a Pikachu.”

g concern is property owners’ rights, according to Steve. This is because Pokémon Go entices people to trespass on other people’s property. “We’re not often faced with people wandering on our property,” Steve says in the article, adding that if virtual characters are placed in dangerous locations, this creates an interference with property rights and an unreasonable risk of harm. “The theory of nuisance should concern the app maker …,” he says.

Overall, Steve tells MiLW that the many unanswered questions surrounding Pokémon Go present a “major” consumers’ rights concern. “These technologies are posing huge unanswered questions for our civil justice system and the reasonable code of conduct our society should abide by,” he states.

If you have been injured while playing Pokémon Go and have questions about your legal rights, contact our experienced Michigan personal injury attorneys for a free consultation.