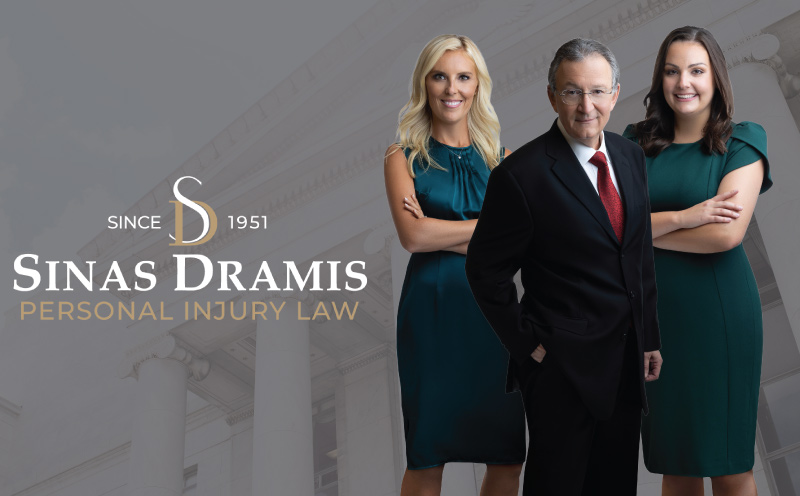 On Friday, May 13th, 2022 Sinas Dramis Law Firm Attorneys George Sinas, Catherine Tucker, and Lauren Kissel secured a significant victory in favor of their client Elisabeth Ostendorf when Clinton County Circuit Court Judge Shannon Schlegel held that the 2019 amendments to Michigan’s auto no-fault law could not be retroactively applied to Ostendorf and other patients who purchased no-fault policies and sustained injuries prior to the implementation of these amendments. This particular case (Kuhlgert v State Farm), was a challenge of whether or not the new Michigan fee schedule could be applied to Ostendorf, following its July 1, 2021 implementation.

What is the Michigan Fee Schedule?

In 2019, Michigan’s legislature passed a reform of Michigan’s auto no-fault law, PA 21 of 2019, leaving thousands of seriously injured crash survivors in jeopardy of losing their care.  Part of that reform included the implementation of a Fee Schedule, which is a series of caps on the amount a no-fault insurer is obligated to reimburse a medical provider. Click to learn more about Michigan’s No-Fault Fee Schedule.

Elisabeth Ostendorf sustained catastrophic injuries, including a traumatic brain injury, and needed extensive care after she was struck by a Michigan State University vehicle while crossing a pedestrian walk on the university’s campus. Sinas Dramis Law Firm auto accident attorneys George Sinas, Mike Larkin, and Joel Finnell previously represented Ostendorf, in a complex case, where the university argued she was not entitled to pursue any tort claim against MSU due to the fact that she was an MSU employee, and was barred from suing her employer under the exclusive remedy provisions of the Worker’s Compensation Act. They also argued that Ostendorf should not receive non-economic damages because she was more than 50% comparatively negligent and, further, was not entitled to economic damages because her employment was scheduled to end, and she had not yet secured any future employment. George and Mike argued against those points, and ultimately won the case, and in 2020 Ostendorf received a judgment plus interest for $8,274,234.20.

At issue in the current Ostendorf litigation in front of Judge Schlegel was whether or not the 55% non-Medicare fee schedule enacted by PA 21, which caps reimbursement for non-Medicare compensable services at 55% of what a provider was charging for those same services on January 1, 2019, could be retroactively applied to limit reimbursement for the care Elisabeth was receiving. Judge Schlegel held that this fee schedule cannot be retroactively applied to patients who purchased auto no-fault insurance policies and sustained an injury prior to the effective date of the new provisions. Therefore, insurance companies cannot enforce these new fee schedule provisions to limit the level of reimbursements to medical providers who render services after July 1, 2021, to such previously injured patients. In so ruling, Judge Schlegel held that the no-fault insurance policies purchased by such patients required the payment of “all reasonable charges” for reasonably necessary products, services, and accommodations for an injured person’s care, recovery, or rehabilitation, and insurers had the duty to pay those benefits without regard to any government “fee schedules.” Accordingly, the Court held that any effort to apply the new fee schedules to such patients injured prior to the new law would constitute an illegal attempt to retroactively enforce benefit reductions because the contractual right of those patients had “legally vested” as of the date of their injury. In reaching its decision, the Court relied on the recent decision of the Michigan Supreme Court in the case of Buhl v City of Oak Park, 507 Mich 236 (2021), which case sets forth four (4) factors that should be utilized to determine when legislation can be retroactively applied. Judge Schlegel ruled that all of those factors established that the retroactive application of the new benefit cuts was not proper.

The Significance of the Circut Court Ruling & The Andary Lawsuit – Michigan Court Of Appeals Argument June 7, 2022

The ruling, in this case, is significant and is consistent with the holdings of four additional Circuit Court Judges who have ruled that PA 21 cannot be retroactively applied to patients who purchased policies and sustained injuries prior to the implementation of auto no-fault reform. This ruling also comes shortly before the June 7th, 2022 Michigan Court of Appeals oral argument date in the case of Andary et al v USAA Casualty Ins Co et al. The Andary Lawsuit is a case filed by Sinas Dramis Law Firm on behalf of three clients, which among other things, challenges the retroactive application of the 55% non-Medicare fee schedule, as well as the 56-hour per week cap on in-home family-provided attendant care. Learn more about the Andary case by clicking on the button below.