Which insurance company pays no-fault benefits to an injured motorcyclist?

Which insurance company pays no-fault benefits to an injured motorcyclist?

The law instructs that the injured motorcyclist must look to certain insurers in a specific order of priority. Benefits may not be collected from an insurer unless all of the previous options have been exhausted. The order of priority is: 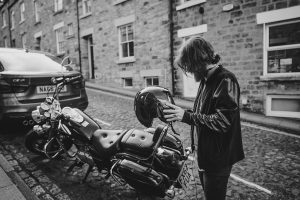 If no coverage is available at any of these levels, such as instances of hit-and-run motorcycle accidents, an injured motorcyclist may claim benefits through the Michigan Assigned Claim Facility (MACP). The injured person will have his or her claim assigned to a Michigan licensed and registered insurer who will have the obligation to pay benefits pursuant to the Michigan No-Fault Law. Notably, under the 2019 no-fault reforms, any injured person claiming benefits through the MACP only has $250,000 of medical expense coverage and no longer has the right to lifetime benefits they had prior to the reforms.

You should also understand that an individual injured while riding as a passenger on a motorcycle can seek the same coverage as the operator of the motorcycle, with the same priority system. However, there is one additional layer of coverage for passengers. Injured motorcycle passengers will seek coverage using the priority system listed above. However, if the injured passenger is unable to find coverage through any of those options, that passenger will then turn to his or her own insurer to seek coverage, before looking to the Assigned Claims Facility.

Order of priorities in a motorcycle hit-and-run

As stated, the vast majority of injured motorcyclists will obtain their no-fault benefits from the insurance company of the driver of the motor vehicle involved in the accident. But what happens in instances of motorcycle hit-and-run accidents?

In one recent Michigan Court of Appeals case, the driver of the car fled the scene after impact. Under normal circumstances and according to Michigan’s no-fault priorities, the injured motorcyclist would turn to the insurer of the vehicle involved or the insurer of the operator. However, since it was a hit-and-run and the insurance information was unobtainable, payment continued down the list of priorities, falling to the motorcyclist himself.

In the end, the Court of Appeals agreed with Progressive. As the “motor vehicle insurer” of the motorcyclist’s mother, State Farm was responsible for the payment. Because of the resident relative clause, naming the motorcyclist himself on the policy wasn’t required. It’s worth mentioning that, had all four priority levels failed, the motorcyclist could have pursued a no-fault claim through the Michigan Assigned Claims Plan. Additionally, motorcyclists may also purchase optional coverage known as motorcycle PIP coverage in increments of $5,000 or more. This coverage will pay for any injuries arising from accidents that don’t involve another motor vehicle or motorcycle hit-and-run collisions.