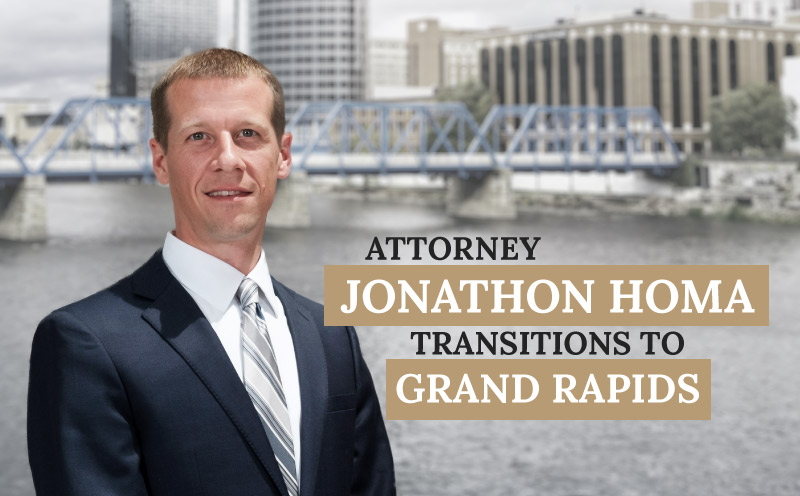 Jon has been practicing in the area of personal injury law since his Michigan State Bar admission in 2017. He handles a wide variety of case types and focuses largely on mass tort and complex litigation cases. A few of the personal injury cases he has handled include the Dr. Robert Anderson/U of M sexual assault scandal, MSU/Nassar sexual assault cases, Flint Water Crisis claims, and a class action Roundup suit against Monsanto. In addition to his work as a Grand Rapids personal injury lawyer, Jon represents personal injury victims throughout the state and in national-level cases as well. In addition to his expertise in mass tort handling, Jon is also a skilled Michigan car accident lawyer, understanding the complexities of the auto no-fault system. Additionally, he is skilled at representing people who have been injured in auto accidents as the result of another driver’s negligence or reckless driving. Jon is also a Grand Rapids motorcycle accident lawyer and will use his experience in these types of complex cases to serve people injured, as well as those injured from Grand Rapids car accidents and other collisions throughout the state.

As a Grand Rapids personal injury lawyer, Jon joins partner Tom Sinas and our skilled Grand Rapids office legal staff to continue expanding the Sinas Dramis tradition of excellence, integrity, and results throughout Michigan. We are excited for Jon and this development in his career and know that this transition will only help further expand our commitment to excellence as a West Michigan personal injury law firm.

Additionally, our Grand Rapids legal team is also dedicated to serving Grand Rapids and its surrounding communities in a variety of ways. Each year (up until recently due to COVID-19), we host Lids for Kids, a free bicycle safety event in which we properly fit local kids with free bike helmets in addition to many other giveaways and prizes. Every Saturday morning, Tom Sinas appears on West Michigan’s Fox 17 “Know the Law” to explain certain aspects of the law and legal system that most impact residents of West Michigan. Our Grand Rapids lawyers have also held leadership positions with a variety of Grand Rapids legal organizations, such as the Kent County Legal Assistance Center. We know Jon will be the perfect addition to a team so dedicated to serving our communities in and around Grand Rapids and beyond, and we are excited about this new chapter career and the firm’s history.

Congratulations, Jon, on this new chapter in your career!