Posted by lmurphy
in Results 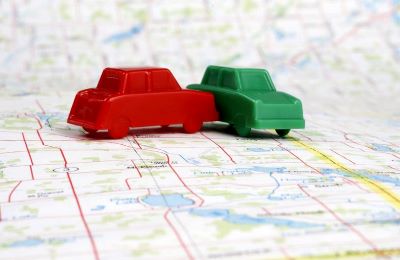 A woman who sustained life-altering injuries after a taxi cab slammed into the side of her vehicle has obtained a $750,000 car accident verdict from a Clinton County jury.

The woman was represented by Grand Rapids auto accident lawyer Tom Sinas in a damages lawsuit against not only the taxi cab driver, but also the vehicle owner and the taxi cab company.

On October 30, 2014, the plaintiff’s vehicle was t-boned by a taxi cab in DeWitt Township, Michigan. At the time, the plaintiff was a 53-year-old woman who had worked at a law firm for more than 25 years.

The plaintiff suffered numerous injuries in the crash, including a fractured cervical spine and a traumatic brain injury, among others. To this day, she continues to receive treatment for her car accident injuries, and will require treatment for the unforeseen future.

A DeWitt Township police officer who responded to the accident scene testified that, upon tending to the plaintiff, she told him the vehicle driven by Al-Qaizy ran a red light and struck her car. An independent eyewitness also confirmed this account.

It turned out the vehicle being driven by Al-Qaizy was owned by Muyad Kamel and was being operated as a taxicab for M Cab One, LLC. Al-Qaizy had been driving the taxi for M Cab One for less than one week before the collision with the plaintiff occurred.

The plaintiff filed a damages lawsuit against the at-fault driver, Al-Qaizy, in Clinton County Circuit Court (Case No. 2016-11570-NI). The vehicle owner (Kamel) and the cab company (M Cab One) were also named as defendants in the case. The suit included claims for auto negligence, as well as vehicle owner liability, respondeat superior, negligent entrustment and negligent hiring/training.

After some investigation, it was discovered that Al-Qaizy had a history of reckless driving, including two citations for failing to stop within assured clear distance and two speeding tickets. Kamel testified at trial that he never researched Al-Qaizy’s driving record before letting him drive the cab, and that Al-Qaizy was not provided any training.

Another critical factor in the case was that, shortly after the crash happened, Al-Qaizy gave the following statement to American Country Insurance Company: “I was driving and didn’t notice the flashing red light & thinking it was okay to proceed I did & struck the car going the opposite direction.”

However, at his deposition and at trial, Al-Qaizy alleged that he did not speak English very well and, therefore, his statement to American Country Insurance was incorrect. As the trial continued, the testimony of Al-Qaizy and his alleged inability to speak English became more incredulous and unbelievable.

Once litigation in the case began, it became clear that the defendants had crafted a different story of how the collision occurred and was trying to place blame on the plaintiff. At his deposition, Al-Qaizy contradicted his statement to American Country Insurance and said it was the plaintiff – and not him – who ran the red light at the DeWitt Township intersection.

Another noteworthy development in the case was that the defendants retained three medical experts — and two of them agreed with nearly all the opinions of the plaintiff’s treating physicians. In fact, the defense neuropsychologist was the only expert who refused to agree that the plaintiff had sustained a traumatic brain injury.

Although two facilitative mediations were conducted in the case, both were unsuccessful. In addition, a case evaluation panel awarded the plaintiff $375,000. The plaintiff accepted that case evaluation, but the defendants failed to respond to it, which constituted a rejection of the award.

The case went to trial in October 2017. After several days of testimony, the jury returned a $750,000 car accident verdict in the plaintiff’s favor. The jury found that Al-Qaizy was 65 percent at fault for the crash and that M Cab One was 35 percent at fault for negligently entrusting the cab to Al-Qaizy.

In the end, the trial judge directed a verdict against Kamel for vehicle owner liability and against M Cab One for respondeat superior liability.

In addition to this Clinton County verdict, the Sinas Dramis legal team has obtained numerous other verdicts and settlements for clients. If you’ve been injured in a motor vehicle collision, our Lansing car accident attorneys and Grand Rapids auto accident lawyers can help ensure you get the no-fault benefits you deserve, as well as additional damages in a negligence suit against the at-fault driver. Contact our Michigan car accident attorneys today for a free initial consultation.