“Get your face out of your app!” reads Michigan State Police’s new slogan aimed at reducing Michigan distracted driving. And the State Police should know. After all, their own statistics reveal that drivers using some kind of electronic device behind the wheel caused 5,237 accidents in 2017, 23 of which were fatal and 1,514 results in injuries. Obviously, distracted driving is an epidemic and causes far too many serious and fatal accidents on Michigan’s roads, but the real question is whether anyone is going to make any real effort beyond ad slogans to do anything about it.

In her first State of the State address, Governor Whitmer called for the Legislature to make Michigan distracted driving a priority. Further, she requested a bill with meaningful steps to reduce distracted driving to sign into law. As a result, the Michigan Legislature has since initiated this process and introduced several bills. But will they bring about substantive change and can we expect anything meaningful out of this?

While plenty of distractions have always faced drivers – radio stations, screaming kids, applying makeup, eating fast food, etc. – they’ve dramatically increased over the years. Driving distractions have multiplied exponentially with the use of cell phones and handheld devices in vehicles. Now, from the comfort behind your own steering wheel, you can text, search the web, send emails, make calendar appointments, surf a hashtag, and scroll your Instagram or Facebook feed (please note our sarcasm, we are in no way condoning this behavior).

Most people fall into the first category and, simply put, the law doesn’t do much to prevent this group from cell phone use resulting in distracted driving. The law only prohibits texting while holding the phone in your hand or lap while driving a motor vehicle. The relevant portion of the statute reads:

In other words, the following situations are completely legal in Michigan:

You get the idea. Michigan distracted driving laws only prohibit texting. The law fails to prohibit everything else a person could do on their cell phone.

Furthermore, it’s almost impossible to enforce Michigan distracted driving laws. If an officer stops someone for looking at their phone, the driver can claim they were doing one of the previously mentioned actions. Just as long as it wasn’t typing or sending a text with their hand or in their lap. Additionally, violating distracted driving laws in Michigan results in hardly any negative consequences. A violation is considered a civil infraction punishable by a fine of $100 for first-time offenders and $200 for a second offense. Amazingly, violators don’t receive points on their driver’s license.

When you scrutinize it this way, you’ll likely realize that Legislature passed a distracted driving law simply to say they passed a law. Not because lawmakers are serious about stopping distracted driving. For this reason, it’s not hard to see why Governor Whitmer has called for immediate action regarding this important issue. 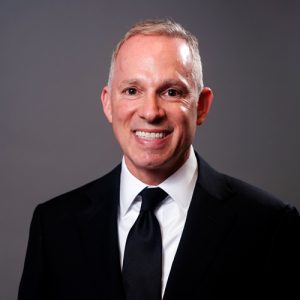 These bills simply expand the definition of distracted driving to include other forms of communication beyond texting. These include emails and Facebook messenger. They also include a ban on looking at social media. It does not outlaw watching videos, calendaring, looking/taking photos, playing video games, or searching the internet while driving. If passed, a person could still legally use a mobile device or computer as long as it’s mounted on the dashboard or lying on the console of the vehicle. Additionally, the Cole/Sheppard bills only propose minimal increases in fines for first-time and repeat offenders and no points will be given.

On April 30, 2019, the House Transportation Committee heard testimony on the Cole/Sheppard bill. Shortly before the hearing, a substitute to the bill was introduced which included the prohibiting of drivers to “digitally communicate.” This term is defined as “an interaction on a mobile device limited to texting, using electronic email, posting on a social networking site, or viewing, recording, or transmitting a video on a mobile electronic device.” It specifically excludes “hands-free interaction.” This amendment also granted court discretion to impose stricter penalties, such as license suspension, under the most extreme circumstances. The bill was ultimately voted out of the committee.

Representative Manoogian introduced an alternative bill. The proposal includes language that outlaws the use of a mobile device while operating a motor vehicle or a school bus, with the following exceptions and amendments to penalties:

However, Representative Manoogian later withdrew this bill and substituted it with a bill that extends Kelsey’s Law. Kelsey’s Law bans the use of mobile phones for GDL 1 and 2 teen drivers. Under Manoogian’s proposed bill, this cell phone ban extends to all drivers under the age of 18.  The proposal also includes language that outlaws the use of a mobile device while operating a motor vehicle or a school bus, with the following exceptions and amendments to penalties:

Where We’re At Now

“In my opinion, the original Manoogian bill was not perfect, but was far and away better than the Cole/Sheppard bills,” says Bryan Waldman. “Unfortunately, the House advanced the Cole/Sheppard bills. While these changes are still positive, it remains a bad piece of legislation. If adopted, it will still leave Michigan with some of the weakest distracted driving laws in the country. The best solution is to follow the lead of 18 other states and restrict the use of all mobile devices unless the driver is using a hands-free device.”

If you were injured as the result of a distracted driver, our team of Michigan personal injury attorneys is dedicated to advocating for your rights. Call us today at 866.758.0031 or request a free consultation.