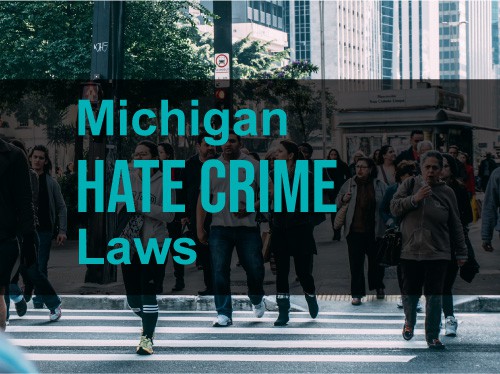 As a direct result of a dramatic increase in hate crimes in Michigan, Attorney General Dana Nessel is calling for tougher laws. Studies conducted by the FBI and Michigan State Police shows a roughly 30% increase in these types of crimes over the last two years. Michigan personal injury lawyer, Bryan Waldman, discussed these disturbing trends recently on WLNS 6 “Legal Edge” and the laws in place to help fight against them.

Hate Crime Laws in Michigan and Other States

Currently, 46 states and the District of Columbia have laws on the books that make hate crimes illegal. It’s important to note these hate crimes laws don’t outlaw freedom of speech or ban hateful thoughts and intentions. Hate crimes law simply provide enhanced penalties for crimes based on hate toward a certain group of people.