Michigan Train – Car Accidents are on the Rise 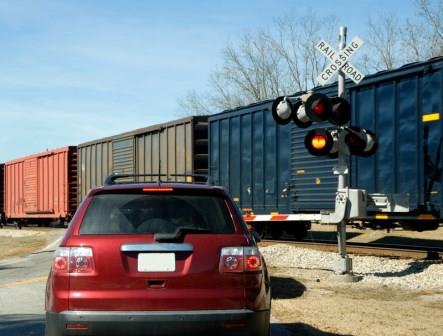 While there is an upward trend of train-car accidents across the nation, Michigan has the 10th highest rate of these collisions.

By now, we all should be aware of the dangers of distracted driving. Failing to place complete focus on driving while traveling to our destinations can have dangerous, even fatal, consequences for ourselves, our loved ones, and all others who share the roads with us. Something that is starting to gain increased attention not only in Michigan, but across the country, is the increase in the number of train-automobile accidents that has resulted because of distracted driving. Specifically, there were 61 of these types of collisions, resulting in three fatalities and 26 injuries in 2013. In 2014, the number of individuals killed in train-vehicle crashes increased by 35%. There were 78 crashes last year, resulting in 12 fatalities and 25 injuries.

As for nationwide statistics:

Government agencies and experts seem to be united in assigning a culprit for the uptick in the number of these crashes: distracted driving and poor judgment exercised by drivers. For instance, in July 2009 there was a fatal train accident in Canton Township that claimed the lives of five young individuals. According to reports, the driver of the car involved passed cars that were already stopped at the railroad crossing and maneuvered around the safety gates, going directly into the path of the oncoming train. Unfortunately, this type of disregard for the safety mechanisms that have been put in place for our protection is not as uncommon as we’d like to think. Just this past weekend in Louisville, Kentucky, a car with four passengers was hit by a train after signals were disregarded – two were killed and two sustained injuries. Also, as mentioned by the Detroit News’ coverage on this issue:

“As data recorders and cameras on trains almost always bear out, the consistent determining factor is not faulty warning lights or crossing gates, but poor judgment on the part of a driver or pedestrian. The federal railroad agency says 94 percent of train-vehicle collisions can be attributed to driver error, which includes distracted driving.”

While limiting instances of distracted driving and increasing levels of enforcement of obedience to the safety features placed near and around railroad crossings in Michigan may go a long way to decreasing the number of these accidents, railroad companies also have a duty to make sure they are doing everything they can to protect those traveling around these areas. For example, while Michigan law forbids pedestrians from walking along train tracks (those who do are deemed trespassers), train companies must also do what they can. For example, if a company knows that pedestrians routinely walk along and/or near a specific area of the train tracks, failing to provide additional warnings and/or secure the area may expose the company to liability if pedestrians are injured along that specific section of the track. Of course, liability will also be determined based on a very fact-specific investigation.

We have devoted a section of our website to train accidents in Michigan. Visit the following pages for additional information. If you or a loved one has been injured in a train-vehicle accident, don’t hesitate to contact our Lansing personal injury attorneys for a free, initial consultation.