Posted by Steve and Tom Sinas
in Fox 17, In the Media 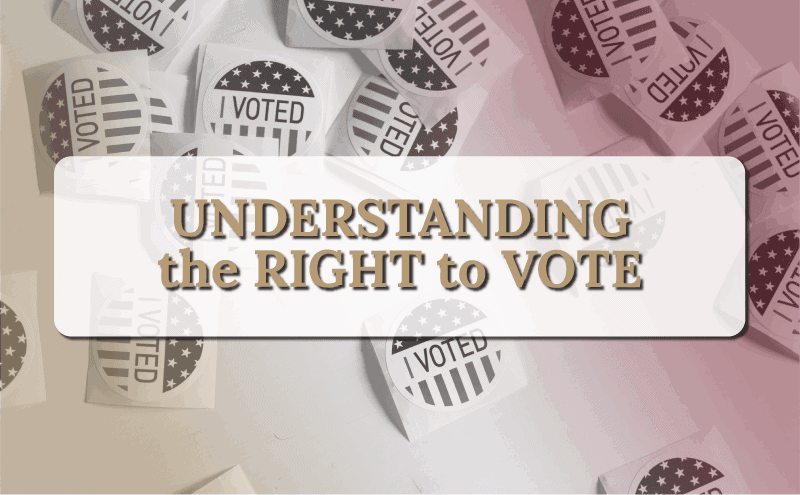 Leading up to the very important election season, Tom Sinas took a break from the typical personal injury and auto accident related content he usually discusses on Fox 17 “Know the Law” to focus on Constitutional rights – primarily a person’s right to vote. With many things in flux today, it’s a great time to remember certain unalienable rights we are privileged to continue exercising, whether in-person or by mail. Below is a brief history of voting rights in America, followed by Michigan voting resources.

History of the Right to Vote in the United States

If you look at the United States Constitution, it does not actually state a person’s right to vote. However, throughout the years, the United States Supreme Court has ruled time and again that voting is a fundamental right. When our country was founded, only certain people were allowed to vote, excluding large demographics and populations. Various amendments to the Constitution granted other groups the right to vote over the years as well.

In this country, we largely view voting as an essential right. However, history shows us that, unfortunately, certain groups have had to wait to be granted as the Constitution evolves.

We think of voting rights as a bygone thing, but the laws and regulations that apply today are still evolving and hot topics of debate. For example, there has recently been a resurgence in debate about the poll tax particularly in regard to people voting by mail. In Florida, the discussion has recently focused on whether or not formerly convicted felons have the right to vote and whether or not they would then have to pay the fine associated with their criminal case. Another long-standing debate in current discussion is in regards to voter identification.

The U.S. Presidential election is coming up, and due to the passing of Proposal 3 in 2019, the opportunity to vote absentee in Michigan has expanded to make election participation more accessible and secure. Head to the Michigan Voter Information Center to check your voter registration status, register to vote, apply for an absentee ballot, and find your clerk’s contact information, polling location, and ballot drop-off, among other important information.

If voting absentee, be sure to mail in your ballot in advance so it arrives at the clerk’s office on time to be counted on Election Day. It is recommended to mail your absentee ballot no later than Tuesday, October 20 in case of postal delays. Voters may also drop their ballot at their local clerk’s drop-box, or at the clerk’s office before 8:00 pm on Election Day. Find your local clerk’s information on the Michigan Voter Information Center website.

While voting by mail remains a controversy in many other states, Michigan passed Proposition 3 by 67% in 2018 which adopted a number of modifications to our state’s election system. One of these modifications includes “no-excuse absentee ballot voting” within 42 days of an election. Because of Prop 3, every voter has the right to vote by mail in Michigan. People can reference the Secretary of State’s website, Michigan Voter Information Center, to check and make sure their ballot has been received. Check out Bryan’s segment and additional information regarding voting by mail in Michigan below. 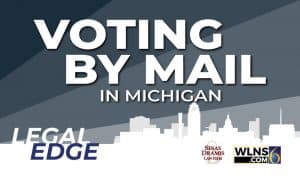 We have conveniently created a YouTube playlist full of our attorney’s recent coverage of Michigan’s voting laws. In this playlist you’ll find information on:

Election day is on Tuesday, November 3rd with polling locations open from 7:00 am to 8:00 pm for in-person voting. Happy Voting, Michigan!

Proposal 2 in Michigan – Everything You Need to Know About Redistricting