Why Do We Need A 9th Justice On The U.S. Supreme Court?

Posted by lmurphy
in Fox 17 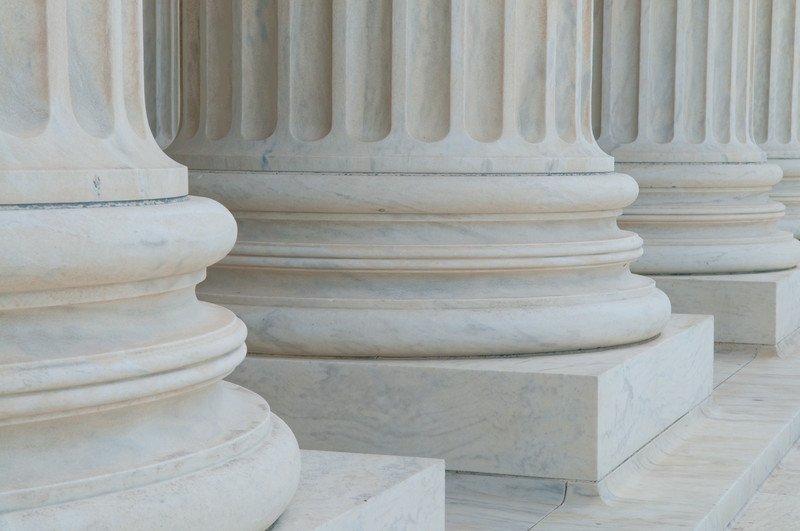 The seat of the 9th justice on the U.S. Supreme Court has been empty for more than eight months. Why? Because the 9th justice, Antonin Scalia, passed away earlier this year and the person nominated to fill the vacancy, Merrick Garland, has not been confirmed by the U.S. Senate.

When the 9th justice is no longer on the U.S. Supreme Court, usually due to death or retirement, the President nominates someone to fill the open seat. The nominee must be confirmed through a hearing and a vote of the U.S. Senate. If the nominee is confirmed, he or she serves on the U.S. Supreme Court for life. And while a justice can only be removed from the Court for committing a serious crime, a justice may decide to retire from the bench.

Because U.S. Supreme Court justices are appointed for life, they have a tremendous influence on the laws that shape our country. One example of this enormous impact is the Court’s 2015 decision in Obergefell v Hodges, where it was held that the U.S. Constitution guarantees same-sex couples the right to marry. The lifetime appointments of U.S. Supreme Court justices differ from judges who serve at the state-court level, including the Michigan Supreme Court, where judges are elected and must run for re-election when their terms expire.

What kinds of cases does the U.S. Supreme Court hear? The Court decides appeals in cases involving constitutional law, including police misconduct claims and alleged constitutional rights violations, and matters that involve federal questions. The Court is asked to hear about 7,000 cases every year, but agrees to decide only about 80 of those cases. Keep in mind the cases that come before the U.S. Supreme Court are originally filed in a lower court. The cases work their way through the judicial system, ultimately ending up before the highest court in the land. For those cases that the Court decides not to hear, which is most of them, the lower court decisions stand as the rule of law.

When the U.S. Supreme Court agrees to hear a case, the process that unfolds is probably not what most people envision as a court proceeding. At the U.S. Supreme Court level, there is no “trial.” No evidence is presented and there are no witnesses. Instead, the justices make their decisions based on written briefs submitted by the attorneys and an oral argument presented to the Court. During this oral argument, some justices ask questions of the lawyers, while others simply listen. After the arguments are presented, the justices meet privately, discuss the case and vote on the outcome.

U.S. Supreme Court cases are decided by a majority vote of the justices — which is why there is concern about the 9th justice’s seat being empty. Essentially, the 9th justice acts as a tie-breaker. Because the Court currently has only 8 justices, there is now a greater chance of “tie” decisions. Making this 4-4 vote even more likely is the fact that the 8 existing justices are split along party lines: 4 Republicans and 4 Democrats.

So what happens if there’s a tie vote in a U.S. Supreme Court case? The lower court ruling stands as law. Basically, it’s as if the Court never even heard the case.

In this video, Grand Rapids personal injury attorney Tom Sinas talks more about why it’s important to have a 9th justice on the U.S. Supreme Court, how the justices are appointed and the kinds of cases the Court hears.