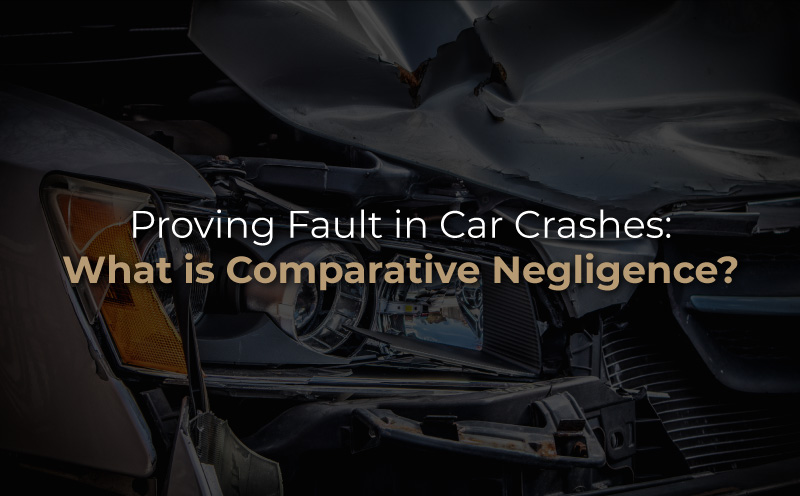 Comparative negligence is the legal concept that more than one person may share fault for an injury or accident. In many situations, there can be more than one cause for an accident and multiple people may share some fault, including an injured plaintiff. Under a comparative negligence system, a person injured in a car accident may recover damages for their injuries. However, their own negligence will be factored in and reduced from the total amount they recover.

Prior to the introduction of comparative negligence, Michigan and other states adhered to a much more rigid standard known as “contributory negligence.” Under a system of contributory negligence, if an injured person’s conduct was found to have contributed in any way to their own injury, then they would be completely barred from any recovery from another party for that injury. This was a very harsh rule that would completely prevent any recovery if a person was even slightly negligent and proved to be very unforgiving to injured plaintiffs. Fortunately, very few states utilize contributory negligence anymore, as Michigan and most other states have transitioned to the more modern rule of comparative negligence.

As a Michigan car crash lawyer, I handle these types of cases and work under the comparative negligence theory often. If you were injured in a collision and confused about proving fault in car crashes, the following information will help you better understand how this system works.

How Does Comparative Negligence Work?

The comparative negligence rules in Michigan are fairly simple. In each case, the jury must determine the percentage of fault attributable to each person involved in an accident, including the injured person. If the jury attributes any fault to the injured person, they will still recover damages minus their percentage of fault. An example of how comparative negligence works is as follows:

A jury determines that an injured person’s damages amount to $100,000. However, they share 25% of the fault for their accident. Therefore, their award is reduced by 25% and they receive a verdict total of $75,000.

Car accidents pre-2019 auto no-fault reform: People injured in motor vehicle accidents could access unlimited, lifetime allowable expense benefits through their own auto no-fault policy for their care, recovery, and rehabilitation needs. Additionally, if the car accident wasn’t their fault, they could pursue a second and altogether separate claim for excess economic damages, excessive wage loss, and other quality of life damages (often referred to as “pain and suffering”) through a liability claim against the at-fault driver. Therefore, in pre-2019 collisions, the old no-fault system will likely cover a driver’s medical expenses.

Car accidents post-2019 auto no-fault reform: For the first time since the Michigan Auto No-Fault Act was enacted in the 1970s, Michigan motorists can now opt for auto insurance policies in increments of less than lifetime, uncapped no-fault benefits. For purposes of example in this article, we will focus on a motorist who chose a $250,000 policy cap on their personal injury protection (PIP) benefits. Under the new law and due to the increased damage and harm done by semi-trucks, motorists are now more at risk than ever before. For our example motorist who chose a limited no-fault policy, they will likely exhaust their limit within days of admission to a hospital for any catastrophic or serious injuries. In this example, once the driver exhausts their own policy, they find their outstanding/unpaid medical bills amount to an additional $1 million. The driver must then turn to the second potential claim liability against the semi-truck. However, in the course of investigating the collision, investigators find that the automobile driver was texting at the time of the accident (for example purposes). This example case then goes to trial, and the jury finds the auto driver 40% at fault for the collision and the semi-truck driver 60% at fault for the crash. As a result, and due to comparative negligence theory, the car driver is responsible for $400,000 and the semi-truck driver is responsible for $600,000 of the outstanding medical bills.

Certain factors are taken into account in car crashes when determining comparative negligence.

Seatbelt use: You may be surprised to hear that failing to wear a seatbelt can actually be evidence of comparative negligence. However, certain limitations are in place with respect to how much a person’s failure to utilize a seatbelt can reduce their damages if they are injured. Michigan actually has a specific statute in place, MCL 257.710e(8), which provides that a person’s failure to wear a seat belt may be used as evidence of negligence and may reduce their recovery of damages if they are injured in a motor vehicle accident. However, the statute goes on to provide that “that negligence shall not reduce the recovery of damages by more than 5%.”

Speeding: Car crashes happen in a blink of an eye and the difference between a collision and a narrow miss can come down to seconds. Therefore, if a driver injured in a crash was speeding at the time of the collision and likely a cause for the collision, a jury could find the driver somewhat at fault for the crash.

Phone use/distraction: Phone use is one of the most obvious negligent factors that come into play when determining fault in a car crash. For injured motorists using their phone behind the wheel at the time of their crash, their potential recovery will likely be decreased based on their percentage of fault.

Alcohol: Even in instances where the other driver was grossly negligent, such as failing to stop at a traffic signal, driving under the influence of drugs or alcohol at the time of a crash will likely be considered a contributing factor in a car crash.

Will My No-Fault Benefits Be Reduced Based on My Comparative Fault?

Michigan no-fault benefits are payable without regard to fault and therefore are not subject to reduction for an injured person’s comparative fault. However, damages that may be payable in excess of the limitations on wage loss or medical expenses may be recoverable against third parties in what is known as a tort or liability claim. In those situations, those excess no-fault benefits would be subject to the principles of comparative negligence and would be reduced by the percentage of the injured person’s own negligence.

As these benefits will vary greatly on a case-by-case basis depending on a person’s damages and the level of insurance coverage purchased, it is critical to consult with an attorney experienced in the handling of no-fault and automobile accident liability cases in order to adequately evaluate the full extent of benefits to which you may be entitled.