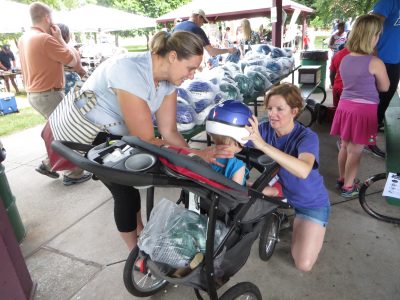 Hundreds of Grand Rapids families came out on a hot and steamy day for our annual Lids for Kids bike helmet giveaway and bicycle safety event.

When all was said and done, 439 kids received a free, properly-fitted bike helmet at this year’s event, which was held June 11 at Garfield Park. The best news is that these children now have a lesser chance of sustaining a brain injury in a bike-related accident.

Many of the kids who attended won new bikes, which were donated by Village Bike & Fitness. Other prizes were also given away, including passes to local museums, restaurants and entertainment venues.

The Grand Rapids Police Department and Fire Department were on hand to meet and greet the kids, many of whom toured a fire engine and inspected a police vehicle. Children also played carnival games and won prizes.

Christian Frank of West Michigan FOX 17 did a wonderful job emceeing the event. Thank you, Christian!

The event was sponsored by 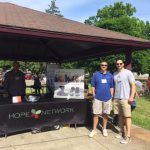 We thank our community partners for helping to make this event happen. We couldn’t do it without you! 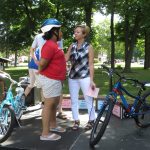 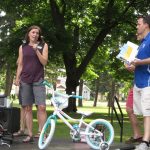 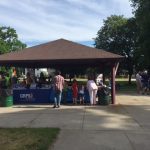 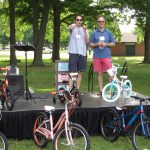 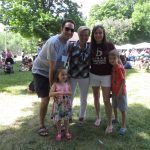 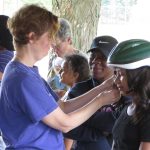