Semi-Trucks in Residential Neighborhoods – A nuisance, safety issue, or both? 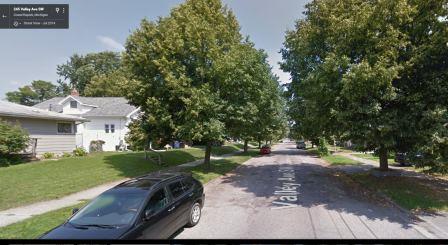 There are some streets, including those in residential neighborhoods where semi-trucks in Grand Rapids may not drive. Not everyone has received the message, though.

Semi-trucks and other larger vehicles that are used to transport goods are a common sight on highways and major roads in Grand Rapids, but what about neighborhoods and residential areas? For those living on Valley Ave. near the Coca-Cola Bottling Plant on Butterworth Ave., semi-trucks traveling along their street is a way of life. Large trucks have been cutting through Valley to reach their final destinations for over five years now, and very little has been done to stop it.

It would be one thing if truckers did not know that they weren’t allowed to drive on residential streets such as Valley Ave. However, as one resident pointed out to Fox 17, “[T]here are signs posted in the residential neighborhood that state this is a no truck zone.” So, the 30+ semi-truck drivers who have chosen to drive through this Grand Rapids neighborhood should know what they’re doing is illegal.

Is there an ordinance that speaks to this issue? Yes, there is. Article three of the Grand Rapids Code of Ordinances specifies the streets that are “truck routes” throughout the city. Additionally, vehicles that weigh 10,000 pounds or more (except for those carrying passengers, those owned or leased by the government, public utility vehicles, and those used for garbage collection and disposal) are only allowed to travel along truck routes, with certain exceptions made for authorized emergency vehicles, certain recreational vehicles, and those that are carrying out pickup, delivery, or other services. According to the code, Valley Avenue is considered a “major street,” not a truck route; therefore, semi-trucks and other large trucks cannot legally drive along it, unless it’s for a reason covered by the ordinance. See Sections 10.36(6)-(8).

In addition to the fact that the drivers of some of these semi-trucks in Grand Rapids are breaking the law, there are also real safety issues associated with the operation of these semi-trucks in this (and perhaps other) residential neighborhoods. One of the (rightfully) concerned Valley Ave. residents mentioned that these trucks “fly down the street because they know they’re not supposed to come down it . . .” — what about children playing in the neighborhood? What about cars backing out of their driveways, or those parked alongside the street? The potential for property damage, serious personal injury, or worse, is not unsubstantial.

What can be done to limit the number of semi-trucks driving along Valley, or any other non-truck route streets? What would you do if this was happening in your neighborhood?

If you’ve been in a Grand Rapids car accident involving a semi-truck, Sinas Dramis is here to help. With an office conveniently located in downtown Grand Rapids, our skilled personal injury attorneys are committed to advocating for the rights of West Michigan residents. Call us today at (616) 301-3333 or submit a contact form online and we’ll be in touch!