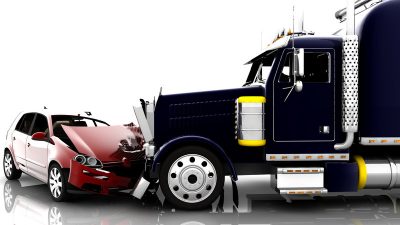 In 2015, nearly 12,000 heavy trucks and buses, including semi-trucks, were involved in accidents on Michigan roadways. Nationwide, thousands of motorists are injured or killed each year in semi-truck crashes. Many believe that speed-limiters on Michigan semi-trucks may be the key to improving crash statistics.

To help reduce the number of collisions due to speeding trucks, it was proposed in 2016 that vehicles with a gross weight of mor

e than 26,000 pounds be equipped with a speed-limiter that forcibly caps how fast they can travel.

The speed-limiter proposal was suggested by the National Highway Traffic Safety Administration (NHTSA) and the Federal Motor Carrier Safety Administration (FMCSA). The agencies asserted that, in addition to saving lives, forcibly limiting the speed of semi-trucks and other large vehicles could annually save more than $1 billion in fuel costs.

sic physics,” NHTSA Administrator Mark Rosekind says. “Even small increases in speed have large effects on the force of impact. Setting the speed limit on heavy vehicles makes sense for safety and the environment.”

The NHTSA and FMCSA have been considering speed caps of 60 mph, 65 mph and 68 mph. The agencies are considering other speeds, based on the feedback they received during the proposal’s public comment period, which expired in late 2016. (Note: As of February 2017, experts predicted the speed-limiter proposal is basically dead in the water, due to President Trump halting new regulations that were been finalized when he took office.)

One group, however, does not favor the speed-limiter proposal: the Owner-Operator Independent Drivers Association (OOIDA). The OOIDA is the nation’s only organization representing professional and small-business truckers.

According to the OOIDA, speed-limiters on Michigan semi-trucks create speed differentials that lead to more crashes and promote road rage. The association calls the proposal “dangerous” not only for drivers of large drivers, but for everyone traveling the nation’s roadways.

“Highways are safest when all vehicles travel at the same relative speed,” says the OOIDA. “This wisdom has always been true and has not ever changed. No technology can replace the safest thing to put in a truck, which is a well-trained driver.”

The state’s auto no-fault law offers protection to those who are injured in Michigan semi-truck accidents, making collisions involving semi-trucks and other large vehicles more complicated to handle than passenger vehicle crashes. Why? Because not only is Michigan’s auto no-fault law involved, but so are federal regulations that govern truck drivers and trucking companies.

For this reason, filing a trucking accident claim requires a thorough knowledge of how the Michigan auto no-fault law works in conjunction with the federal rules that govern the trucking industry.

The Michigan semi-truck accident attorneys at the Sinas Dramis Law Firm have a comprehensive understanding of not only the state’s auto no-fault system, but also the federal regulations that truck drivers and trucking companies must follow. If you’ve been injured in a semi-truck accident, our semi-truck accident team can help you navigate the tricky state and federal laws that apply.