Can Victims Of Michigan Semi-Truck Crashes Get No-Fault Benefits? 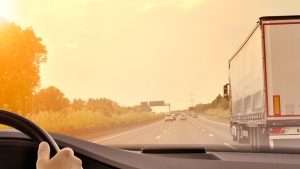 Semi-truck crashes are some of the deadliest accidents on the roadways. In 2016, nearly 12,000 heavy trucks and buses were in collisions on Michigan highways. Nationwide, studies show that 98 percent of semi-truck crashes result in at least one fatality — and about 86 percent of these deaths are not the semi-truck driver.

To help reduce fatalities, the National Highway Traffic Safety Administration and the Federal Motor Carrier Safety Administration have proposed a “speed limiter” rule for new vehicles that weigh more than 26,000 pounds. Speed limiters would cap the speed of large vehicles at 60, 65 or 68 mph (to be determined). Although the rule hasn’t yet been implemented, it is asserted that speed limiters will help save lives, save billions in fuel costs and benefit the environment.

But be extra careful if you’re injured in a Michigan semi-truck crash, because they differ in many ways from passenger vehicle collisions. Semi-truck accidents are more complicated because both state laws and federal trucking regulations apply. These laws and regulations cover things like insurance requirements, record keeping and record retention. Semi-truck crashes are also more complex because multiple insurance policies and multiple parties are usually involved.