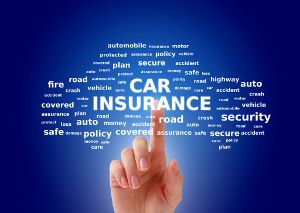 When you’re in a car accident, you typically collect Michigan no-fault benefits from your own auto insurance company. You might also get some benefits from the at-fault driver’s insurance carrier.

But sometimes the at-fault driver’s policy may not fully compensate you for your injuries. This is why Michigan drivers need to purchase what is known as “underinsured motorist” coverage.

Why Underinsured Motorist Coverage Is Important

Here’s the deal. In Michigan, motorists are only required to carry $20,000 in no-fault insurance coverage. These bare-bones policies are often capped at $40,000 per accident. This means that $40,000 is the maximum amount the at-fault driver’s insurer has to pay, no matter how many people were injured in the car accident or how seriously they were hurt.

All Michigan drivers should purchase underinsured accident coverage. An underinsured motorist policy protects you and your family, in case you’re ever in a car accident with someone who has minimal no-fault insurance. After all, you can’t control who you might get into an auto accident with, let alone the quality of their auto insurance coverage.

As Grand Rapids auto accident attorney Tom Sinas explains in the video below, underinsured motorist coverage basically protects you from other drivers who have lousy insurance.

That’s not all. Sometimes underinsured motorist coverage also includes conditions that must be met before a claim can be pursued, such as time limits on notifying the insurer of a potential claim. So make sure you satisfy the policy’s conditions because, if you don’t, it could end up costing you benefits to which you’d otherwise be entitled.

The Michigan auto accident attorneys at Sinas Dramis can’t emphasize this enough: if you have underinsured motorist coverage (and you should), you need to proceed carefully in order to protect your claim.

Meanwhile, here’s the best part about underinsured motorist coverage — it’s affordable! Oftentimes, you can get a good policy for less than $50 a year. But because the benefits aren’t mandatory, some insurance companies don’t offer them. And if they do, their agents don’t fully understand the coverage or don’t suggest it to policyholders.

If you’ve been in a Michigan car accident and are uncertain what to do next, contact us for a free consultation. Our Grand Rapids auto accident attorneys and Lansing car accident lawyers will make sure you get the insurance benefits and compensation that you deserve.