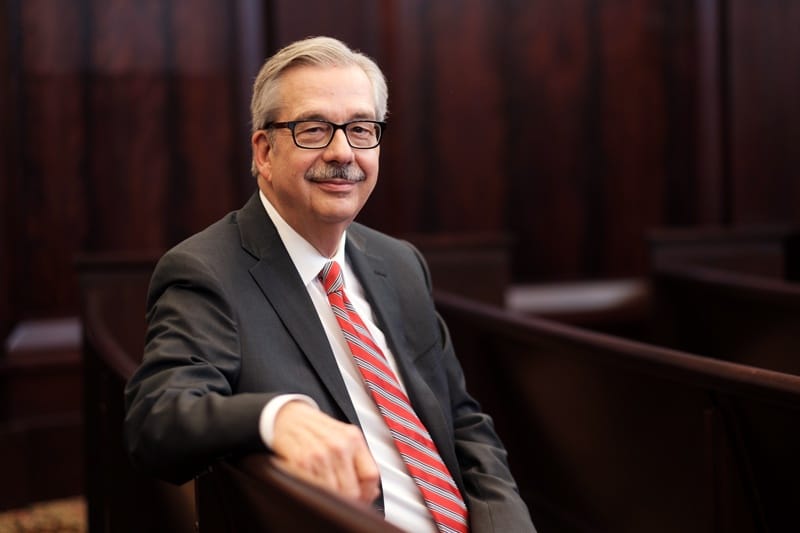 Jim Graves has been named a 2017 “Leader in the Law” by Michigan Lawyers Weekly, a statewide legal publication.

“Leaders in the Law” are chosen for their significant accomplishments in law practice; outstanding contributions to the practice of law; leadership in improving the justice system; improving the legal community and their communities at large; and setting an example for other attorneys.

“It is truly an honor, and humbling, to be recognized by Michigan Lawyers Weekly with this award,” Jim says.

It is no exaggeration to say that Jim’s career has been — and continues to be — stellar. He has represented injured plaintiffs in hundreds of cases, many of which have taken years, even decades, to resolve. Here are just a few examples.

To this day, Jim is committed to helping injured individuals and their families, and to making the world a safer place for everyone. Among his many current clients is a woman who contracted Legionnaires disease as a result of the Flint water crisis.

As a consummate professional, Jim believes in giving back to the legal community. He has served as president of the Ingham County Bar Association and the Ingham County Bar Foundation, and he currently serves as a Foundation board member. He is a member of the American Board of Trial Advocates (ABOTA), the Michigan Association for Justice (MAJ) and the Coalition Protecting Auto No-Fault (CPAN). He is a past regional chair of the State Bar of Michigan Access to Justice Fund and a former member of the State Bar Judicial Qualifications Committee. He also co-authored the “Toxic Torts” section of the Michigan Causes of Action Handbook, published by the Institute of Continuing Legal Education (ICLE).

Jim received the prestigious “Leo A. Farhat Outstanding Attorney Award” from the Ingham County Bar Association in 2004. He has been recognized as a “Leading Personal Injury Plaintiff’s Lawyer” by Leading Lawyers each year since 2013, and has been named in every edition of “The Best Lawyers in America” since 2006, with that same publication recognizing him as the “Lansing Personal Injury Litigator of the Year” for two consecutive years. In addition, the National Trial Lawyers Association has named him one of the “Top 100 Trial Lawyers” in personal injury law each year since 2011.

In his spare time, Jim enjoys fly fishing. This is one reason why he became involved in the John D. Voelker Foundation some 25 years ago. He has served as vice-president of the Foundation and is currently a board member. The Foundation is a non-profit organization established to honor former Michigan Supreme Court Justice John D. Voelker, an avid fly fisherman and author of Anatomy of a Murder.

Jim graduated from Wayne State University Law School and is admitted to practice in both Michigan and Illinois.

If you’ve been hurt in an accident or have suffered the wrongful death of a loved one, contact Jim and our other experienced Michigan personal injury attorneys for a free consultation.