Posted by Steve and Tom Sinas
in Announcements, Motorcycles, Results 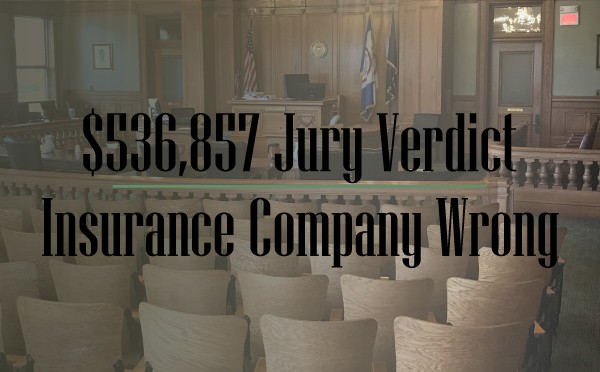 Michigan personal injury attorney, Stephen Sinas, obtained justice for a Lansing motorcyclist injured by a negligent driver. After a multi-day trial in the Ingham County Circuit Court, the jury awarded the plaintiff damages in the total amount of $536,857, nearly five times the settlement offer amount.

The at-fault driver caused the crash with the motorcyclist when she attempted to turn left in front of the plaintiff while he was riding on his motorcycle. The plaintiff’s injuries included fractures of the second and third metatarsal in the left foot, as well as a late-diagnosed traumatic injury to the peroneal nerve resulting in ongoing pain in his left foot. The plaintiff’s doctors testified that the nerve injury was a permanent injury that will continue to cause him pain throughout his life.

If you’ve been in a motor vehicle collision, please call us today to discuss the specifics of your case and see if we can help you at 866.758.0031 or contact us online. 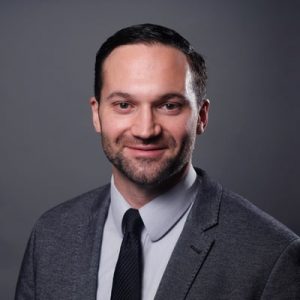 The case was litigated for over three years. The negligent driver was a named defendant in the case, but her insurance company was in control of the negotiations. Throughout the litigation, the parties attempted to negotiate a resolution. The defendant’s insurance company, however, strongly believed that the plaintiff’s damages were insignificant. After offering much lower amounts during the case, the defense made a final offer in the amount of $110,000. The offer was made four days before the trial began, and the defense made it clear they would offer nothing higher. By that time, a great deal of time and expenses had already gone into preparing the plaintiff’s case for trial. Furthermore, the plaintiff and his family felt beatdown by the negotiation process with the defendant’s insurance company. So, the family decided to not accept the take-it-or-leave offer and went onward to trial.

At trial, regarding liability, the defendant attempted to argue she was not negligent for turning left in front of the plaintiff. She said she definitely looked before she turned, but she does not know why she did not see the plaintiff. The investigating police testified that the defendant clearly violated the Motor Vehicle Code by turning left in front of the motorcyclist. At the close of proofs, the court ultimately issued a directed verdict on the issue of negligence against the defendant. Also, in its verdict, the jury rejected the defense’s argument that the plaintiff was somehow comparatively negligent for failing to notice that she was turning in front of him.

Regarding damages, the jury heard extensive proof about all the various ways in which the plaintiff’s constant pain has affected his lifestyle, including:

Based on the compelling proofs presented, the jury awarded a verdict totaling $537,000; $250,000 of this which was compensation for the plaintiff’s pain and suffering from the time of the accident through to the day of trial. The jury awarded another $250,000 for the plaintiff’s future pain and suffering damages, based on the medical testimony about how his injuries would continue to affect his life. The jury also awarded $6,897 in income loss for a short period of time where the plaintiff was disabled from work beyond the time he was covered with no-fault work loss benefits. Furthermore, the jury also awarded $30,000 to the plaintiff’s wife, for her loss of consortium claim, which is a claim for her damages for the ways in which the plaintiff’s injuries have affected their marriage.

The case was recently dismissed from Ingham County Circuit Court after the defense decided against pursuing any appeals and to pay the full amount of the jury verdict, adjusted for present value, as well as applicable costs and interest.

It was clear that the jury was very engaged in this case. They wanted to do the right thing. They listened to all the evidence. They determined that the plaintiff was entitled to substantial damages for the ways in which his injuries affected his life. The case is a reminder that nobody can predict what any jury may do. Furthermore, when an insurance company has a reasonable opportunity to resolve a claim, it should think twice about shutting down negotiations and risking it at trial.