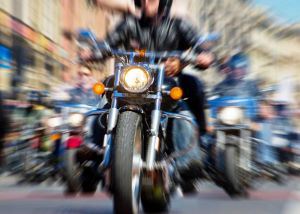 The cost to ride a motorcycle in Michigan is about to go up — but for a good reason. On Oct. 25, 2017, several new Michigan motorcycle laws go into effect. Here’s the rundown.

Where will this extra money go? Into a “Motorcycle Safety & Education Awareness Fund,” administered by the Michigan Department of Treasury. It’s estimated that an additional $250,000 in annual revenue will be generated from the increase in endorsement and renewal fees.

One major safety concern for motorcyclists is drivers who turn left in front of bikers. This is why the Secretary of State is also establishing a “Look twice … save a life” program in Michigan.

“Look twice … save a life” is a nationally recognized campaign that helps promote motorcycle awareness, safety and education. In particular, the program addresses motorcycle safety risks and the reasons why motorists assert they never saw a motorcyclist before striking a motorcycle with their vehicle.