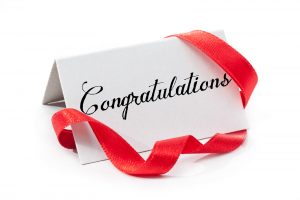 Tom is one of 30 Michigan attorneys chosen by Michigan Lawyers Weekly to receive the honor. The practitioners selected for the award have been lawyers for 10 years or less and “display the ambition, drive, determination and accomplishments that make them worthy of the Up & Coming Lawyers title.”

Upon learning of the award, Tom said: “It is truly an honor to be recognized alongside other excellent lawyers from around the state. I do my best each day to carry on the tradition ogf legal excellence that began when my grandfather founded our firm in 1951. And it’s humbling to be recognized by Michigan Lawyers Weekly with this award.”

Tom was chosen as an Up & Coming Lawyer for many reasons, one being that he devotes a great deal of time to helping important causes, particularly traumatic brain injury education and prevention. Several years ago, Tom co-founded the annual Grand Rapids “Lids for Kids” bicycle helmet giveaway and bike safety event. Tom also serves on the Brain Injury Association of Michigan (BIAMI) Board of Directors and, earlier this year, the association presented Tom with its “Prevention Award.”

The Up & Coming Lawyer designation also recognizes Tom’s skills as a Michigan trial attorney. During his first decade of practice, Tom has achieved significant victories for his clients and has firmly established himself as a respected advocate. Tom dedicates the majority of his practice to representing individuals, families and medical providers in disputes with insurance companies over auto no-fault benefits. Many of Tom’s clients have suffered catastrophic injuries in Michigan car accidents, motorcycle crashes, and semi-truck collisions, and are seeking the insurance benefits to which they are entitled under Michigan’s auto no-fault system. Tom also represents Michigan medical providers in their pursuit of the no-fault benefits to which they, too, are entitled.

In addition, Tom was selected as an Up & Coming Lawyer for the time that he spends educating other attorneys, as well as the medical community, about Michigan’s complex auto no-fault system. Tom writes articles on trial practice and substantive law for state and national publications and is frequently sought out by the media for interviews, to help explain important legal issues to the public. Every year, Tom also speaks about no-fault issues at the Michigan Association for Justice’s No-Fault Institute and the Institute of Continuing Legal Education’s No-Fault Summit.

As part of his commitment to educating others, Tom presents a weekly “Know the Law” television segment on West Michigan FOX 17. “Know the Law” helps Michigan residents better understand the laws that affect their daily lives. Tom talks about practical topics, like auto insurance coverage, workplace injuries, the Affordable Care Act, dog bite liability and motorcycle laws, just to name a few. He also gives freely of his time by serving as vice-president and a member of the board of trustees for the Legal Assistance Center of Kent County (2015-2018), serving as associate counsel for the Coalition Protecting Auto No-Fault (CPAN) and volunteering at his church.

While numerous people have influenced him over the years, Tom says that his father, George Sinas, a Lansing personal injury lawyer, has made the single biggest impact on him, both personally and professionally. According to Tom, his father has shown him the “gold standard” for practicing law:

“Success is not measured by victories on cases or dollars in revenue, but by whether a lawyer truly commits himself or herself to stand up for what is fair and just, because that is the only legacy that ultimately endures.”

Tom will be honored on Thursday, December 1, at the Up & Coming Lawyers awards luncheon. He will also be profiled in a special December 5 edition of Michigan Lawyers Weekly.

The Sinas Dramis team extends a hearty “congratulations” to Tom on a well-deserved honor!